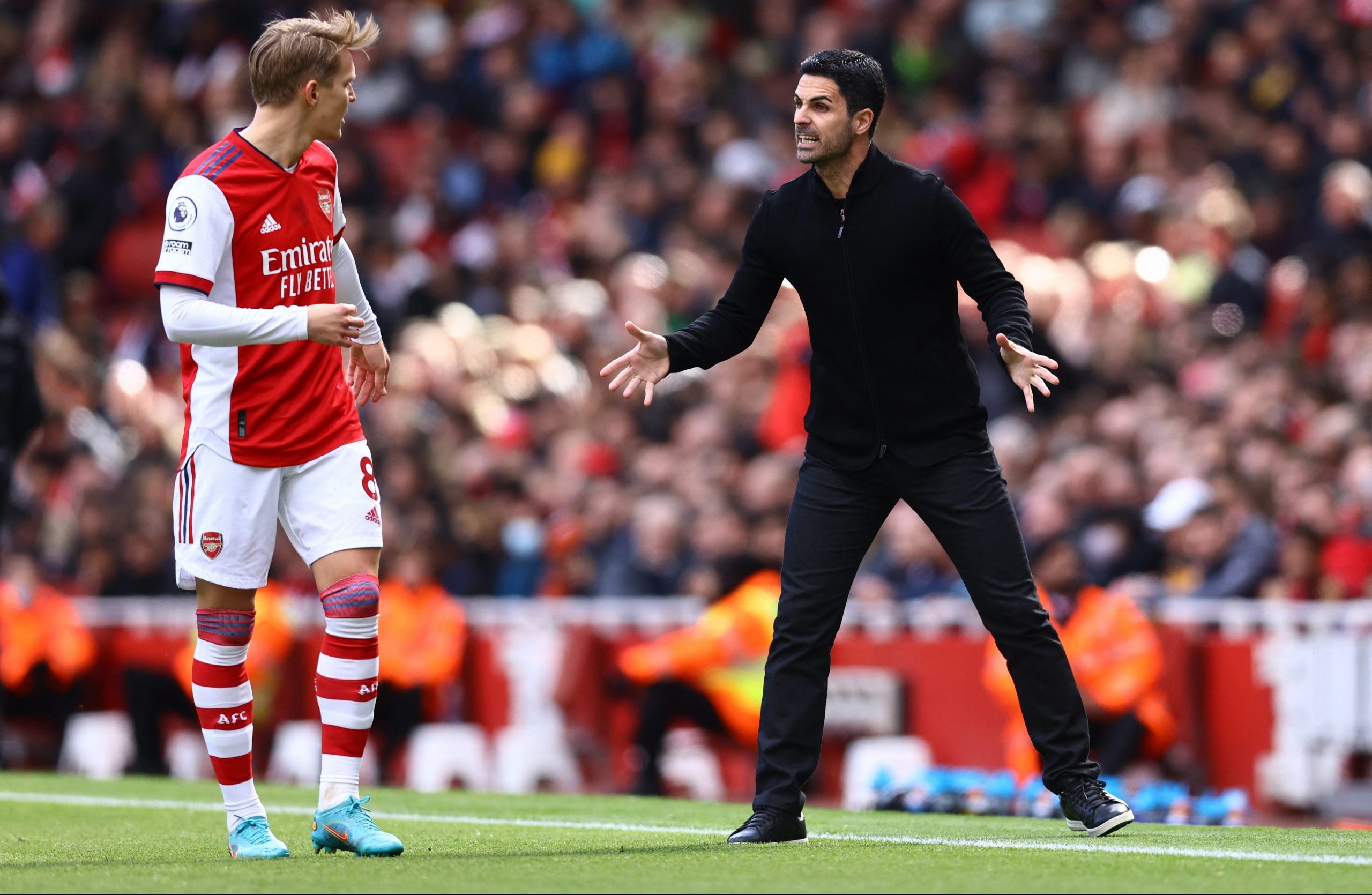 With the race for Champions League qualification intensifying, the Gunners look to be faltering at the worst possible time.

After starting the season in poor form with three straight defeats and no goals scored, Arteta’s men weren’t really fancied to finish in the top four.

However, due to Manchester United’s demise and Tottenham’s initial inconsistencies under Antonio Conte, an opportunity for a European spot presented itself.

However, with injuries to the likes of Kieran Tierney and Thomas Partey, the Gunners’ decision to let several senior players leave the club has been called into question.

Former Tottenham Hotspur striker, Bent, believes that their “thin” squad is struggling to cope with the injuries and that the former Manchester City coach should have kept hold of a couple players for situations that the Emirates side currently find themselves in.

“When you look at who Arsenal let go: Maitland-Niles, Balogun, Kolasinac, Calum Chambers. I mean, just hold on to a couple of them.

“I know these guys might not necessarily play. But when your squad’s as thin as it is, you just need strength in depth.

“And right now, Arsenal don’t have that. Partey and Tierney, big, big misses. So, I guess, Arsenal have only got themselves to blame.”

THE VERDICT: AUBAMEYANG A BIG MISS

Arguably the club’s biggest loss since January has been the latter, who has so far notched an incredible ten goals in 14 outings for the La Liga giants since his January move.

All of those goals could well have proved incredibly vital to Arsenal’s push for the top four, especially with their current main frontman Alexandre Lacazette failing to find the back of the net from open play since November, and only notching six goals all season.

It remains to be seen whether the north London outfit could pip their fierce rivals to the coveted final Champions League spot considering their current positions and form, but it is evidently clear that Arteta may have been better off keeping the 63-time Gabon international.