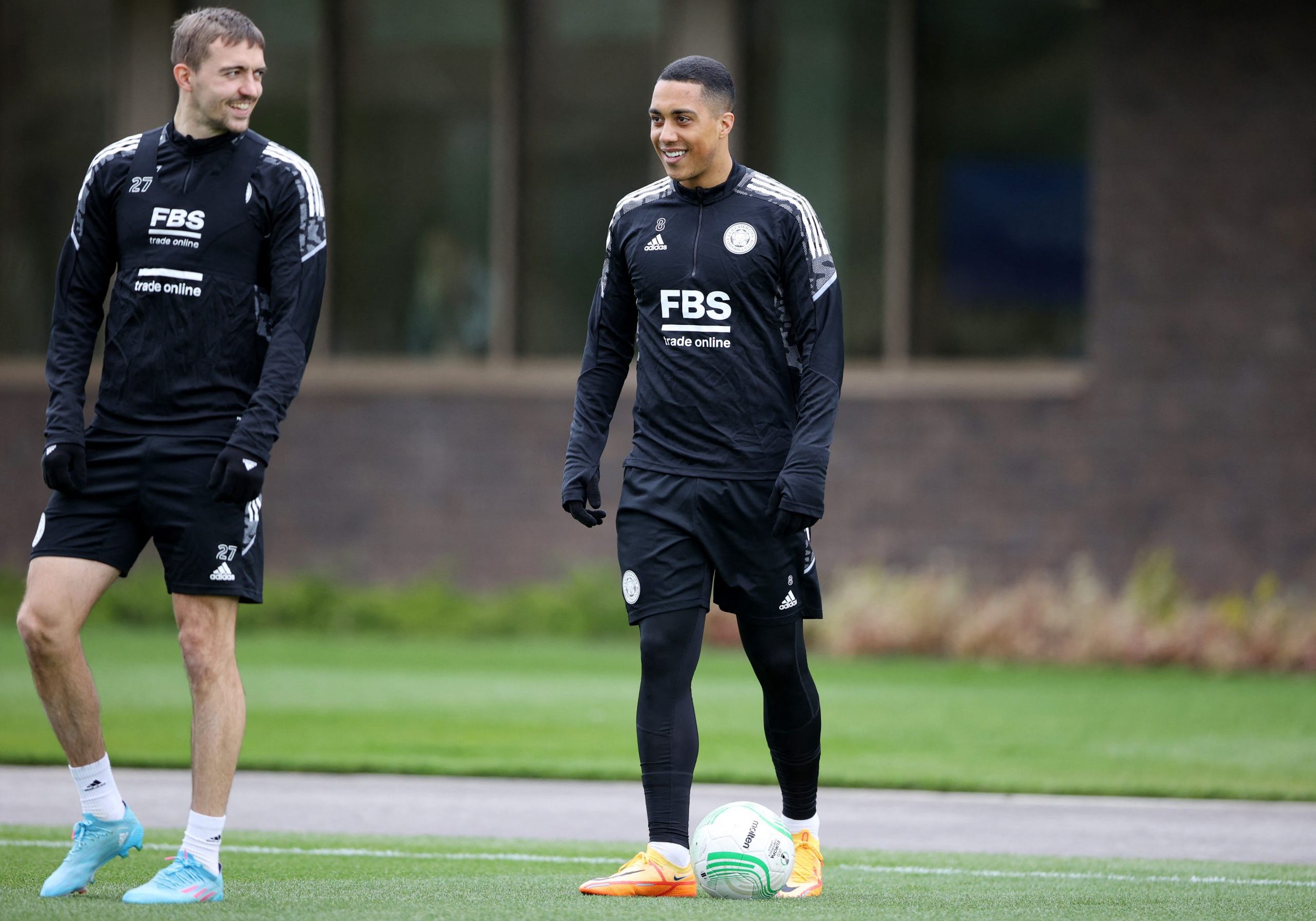 The Foxes have had a season to forget under Brendan Rodgers in the English top-flight, failing to build on last season’s FA Cup triumph – in which the Belgian scored the winner – and falling well short of challenging for Champions League football.

However, they are still amongst the pack for the UEFA Conference League, with their first-ever European semi-final date with Jose Mourinho’s Roma to come next week, a chance to atone for what’s been a rather inconsistent season.

While Tielemans hasn’t necessarily enjoyed his best year for Leicester, he has still continued to be a key figure, scoring six goals in 21 Premier League starts and averaging 1.3 key passes per game.

The 24-year-old has been linked with a move away from the club numerous times with his contract expiring in 2023, and a major update has emerged regarding a familiar suitor.

Speaking to Arsenal442.com, journalist Ben Jacobs has revealed that the Gunners are the frontrunners for the signature of the Belgian maestro this summer.

The former Monaco man has been a player really admired by Mikel Arteta and technical director Edu Gaspar for a long while, Jacobs states.

Manchester United are also reportedly in the frame for the player and could be tempted to make move now they have announced their new manager in Erik ten Hag.

Jacobs goes on to state that the north London club have met with Tielemans’ agent on “multiple occasions” to discuss a possible move. They already know he won’t sign a new deal at Leicester and could be available for as little as £25m.

“Tielemans is a player both Edu and Arteta admire. Arsenal are frontrunners currently.

“Their main rival is Manchester United and it will be interesting to see if Erik ten Hag wants to pursue interest.

“Arsenal have met with Tielemans’ agent on multiple occasions to discuss a possible move. They already know he won’t sign a new deal at Leicester and could be available for as little as 25 million — a bargain fee. Tielemans would be an excellent signing for Arsenal. He is creative, brings energy and tenacity to the midfield and can score goals (often spectacular ones).”

THE VERDICT: SNAP HIM UP

Midfield is an area of the pitch where Arteta will feel he needs reinforcements with Mohamed Elneny on the brink of the departing the Emirates as a free agent, and on-loan star Lucas Torreira looking to leave too.

Thomas Partey, Granit Xhaka and Albert Sambi Lokonga remain his only first-team options in the middle of the park, and the Spaniard will no doubt be looking to bolster his options with quality.

The 49-time Belgian international playmaker perfectly fits the bill, coming in as an experienced and dynamic alternative who could add more creativity and energy in the middle of the park.

The £49.5m-rated star has been described as “fantastic” by Liverpool and Leicester City legend Emile Heskey, his 46 goal contributions in 146 Leicester appearances (24 goals and 22 assists) suggests the playmaker could certainly take the Gunners up a whole new level in midfield.

AND in other news, Arsenal have signified their interest in £13.5m-rated Turkish sensation, dubbed “Harry Potter”