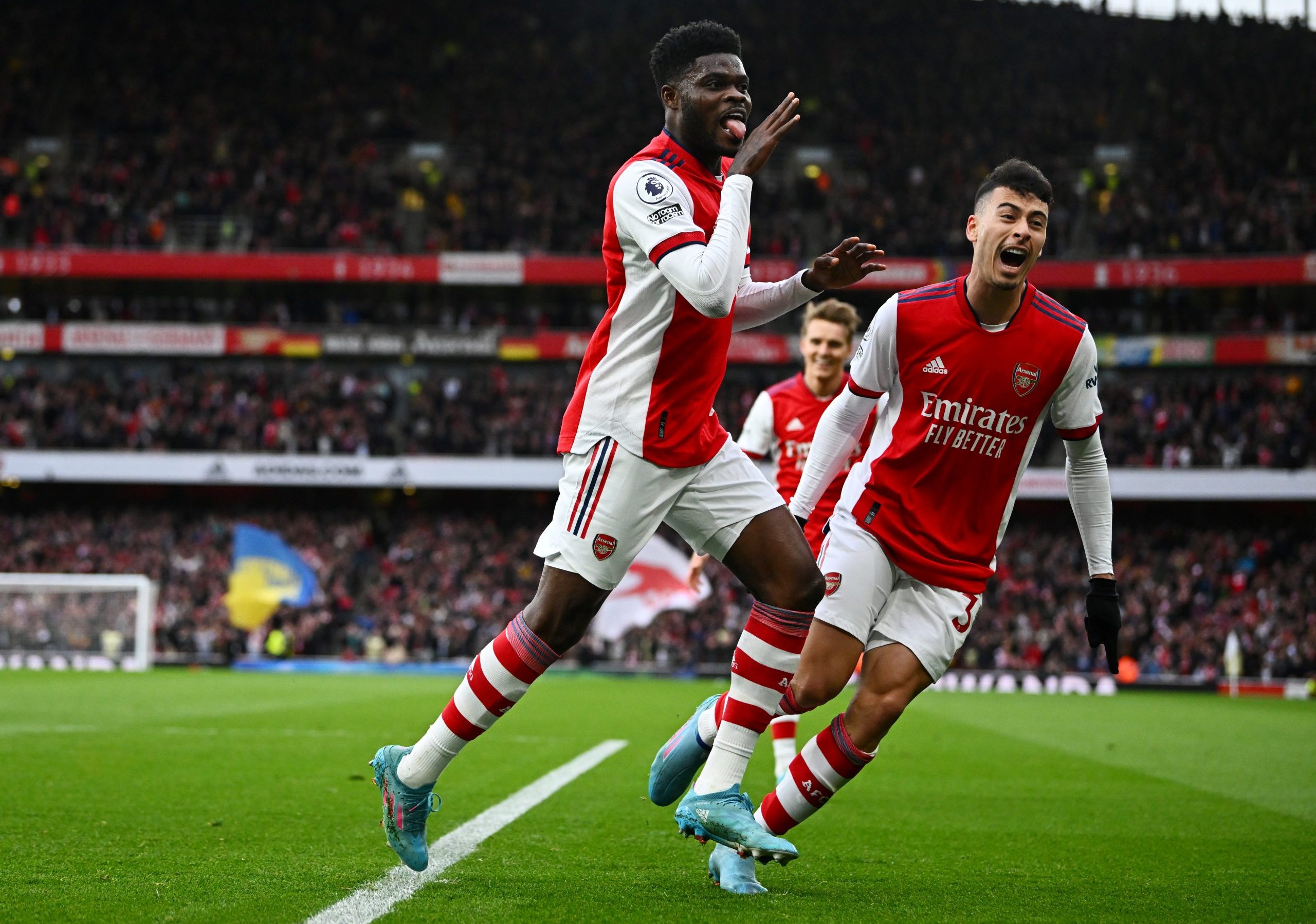 A major injury update as emerged regarding Thomas Partey, as Arsenal potentially dealt major blow to their Champions League hopes…

THE LOWDOWN: SPELL ON SIDELINES

As per reports in The Athletic earlier this month, Partey was expected to be out of action for the next few weeks after sustaining a thigh injury in the 3-0 defeat to Crystal Palace on April 4.

The north London outfit were reported to be assessing the injury as a scan revealed he had suffered muscle damage to his right thigh.

However, an appearance in the coming weeks looks to be out of the equation for the Ghanaian.

THE LATEST: “NOT OPTIMISTIC”

As per Arteta’s press conference ahead of the Gunners’ crucial encounter with Southampton in the Premier League, the Spanish coach admitted the club “not very optimistic” about the former Atletico Madrid man featuring for the rest of the campaign.

Speaking ahead of the game, he said:

“Yes, the news that we got after a lot of assessments is not great. It’s not looking very positive for his availability this season, but we’ll have to wait and see because he’s trying to get back as quickly as possible, but at the moment we are not very optimistic about it. ”

This was backed up by Goal.com reporter Charles Watts, who claimed Arteta “basically rules Partey out for the season.”

The news provided by Arteta is indeed a damaging blow for the club and for the Gunners faithful.

At such a crucial point in the campaign, with points still to play as the north London outfit chase a first top-four spot since the 2015/16 season, they will now have to be without their main midfield man who could miss defining games against Manchester United, Chelsea and Tottenham Hotspur in the coming weeks if the manager’s press comments are indeed true.

A mix of injuries plagued the Ghanaian’s first campaign at Arsenal but in 2022, he has come alive, establishing a combative partnership alongside Granit Xhaka.

Indeed, as well as providing two goals and one assist in 24 Premier League outings this campaign, the £36m-rated star has excelled both in his defensive and attacking contributions for the club.

As per FBref, he’s won the most tackles (41), the 2nd-most interceptions (33) and performed the fourth-most successful pressures (103) amongst the whole squad.

In fact, in all these metrics, he is the highest performing central midfielder at the club, which suggests that the 34-time Ghanaian international will be incredibly difficult to replace in the coming weeks.

AND in other Arsenal news, former Gunners cult hero offers transfer advice to Arteta ahead of the summer