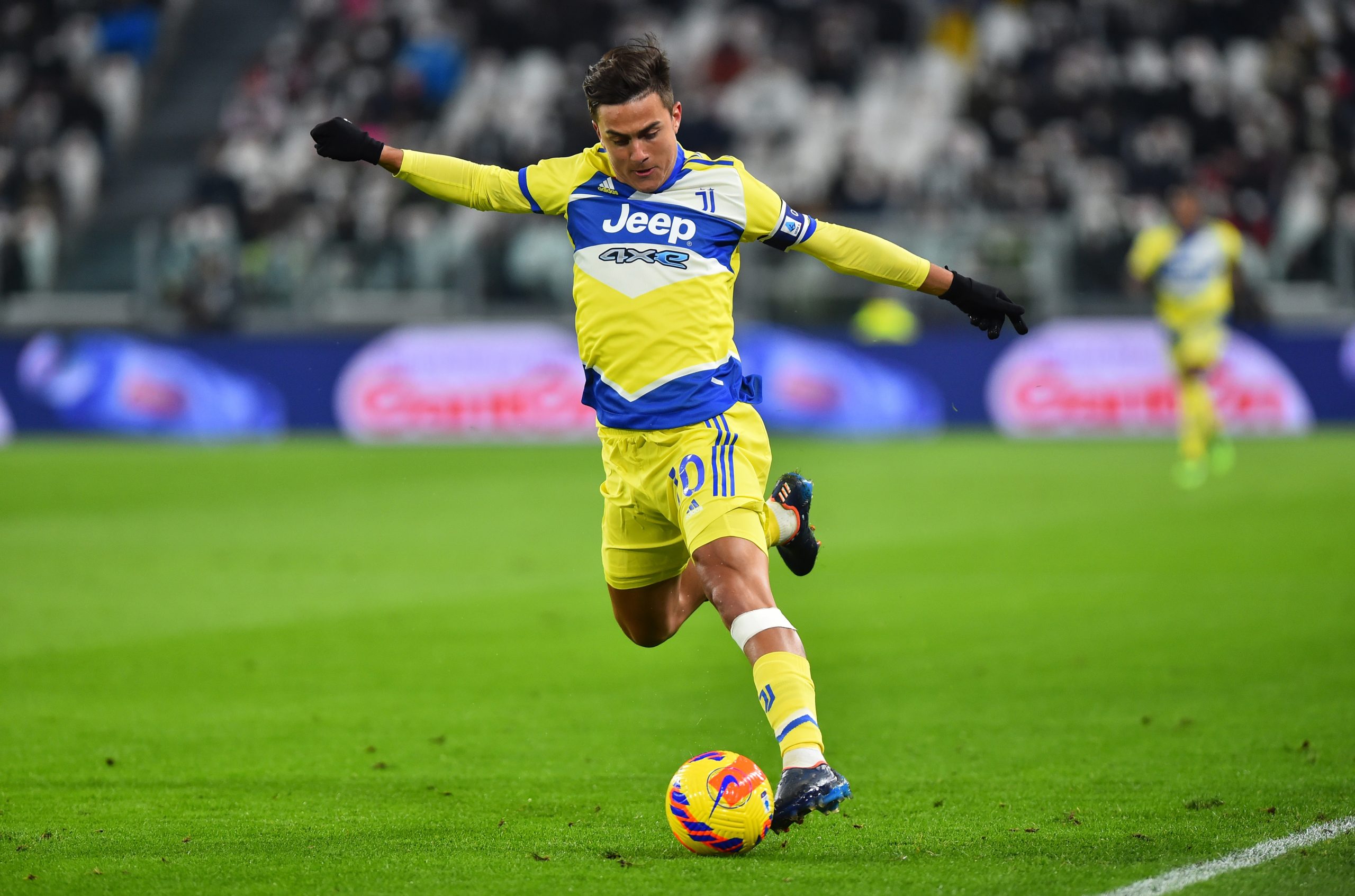 As per Italian newspaper Corriere dello Sport (via Football Italia), there has been an update on Arsenal’s transfer links to Juventus forward Paulo Dybala…

Juventus forward Paulo Dybala is set to end his rather successful seven-year spell at the club this summer as a free agent after fresh talks between the club and his representatives failed to find a resolution over his immediate future.

This means the Argentinian could talk to other clubs about joining on a free transfer in June, and according to reports, there are a number of clubs already in line to provide the 28-year-old with a new home at the end of the season.

According to the update, as shared by Football Italia, Dybala’s representatives are currently ‘talking’ to Tottenham, Arsenal and Manchester City as the Gunners look to secure the Argentinian services.

The report also adds that one of the player’s intermediaries has recently travelled to England with a move abroad for the Argentine now seeming like the most likely option.

While Dybala’s £220k-per-week wages could be a point of understandable contention, especially given a salary that high would make him the highest-paid player in Arteta’s squad, he could be really a fine addition for no transfer fee.

Arsenal are on the search for a new striker this summer, with Alexandre Lacazette and Eddie Nketiah’s contracts at the Emirates expiring this summer which means Arteta will be looking to add goals to his squad for next season.

The Argentinian star nicknamed ‘La Joya’ meaning ‘The Jewel’ could potentially hit two birds with one stone as he is a player possessing the qualities to both score goals and create them.

Whilst registering 13 goals and six assists in 1,764 minutes of football for Juventus this season, he also according to FBref ranks fourth in the whole of Serie A for goal-creating actions per 90 (0.66) and sixth for shot-creating actions per 90 (4.73) highlighting that he is perfectly capable of providing goals for his teammates as well as scoring them himself.

Former Arsenal striker and pundit Kevin Campbell described the £36m-rated as a “quality” player possessing the ability to “unlock defences”.

According to WhoScored, Dybala stands out as Juve’s best-performing player this season and Serie A’s second-best performer going by average match rating (7.41), attempting far more shots at goal per 90 (3.6) than anyone in Massimiliano Allegri’s squad, despite starting just 19 times this season.

As the Italian footballing giants seem set to lose a most influential player, Arsenal could certainly miss out considerably if they don’t at least attempt to take full advantage.

He wouldn’t cost KSE a penny in terms of a transfer fee this summer, a potentially game-changing bargain indeed.

AND in other news, Arsenal interested in Eredivisie star…