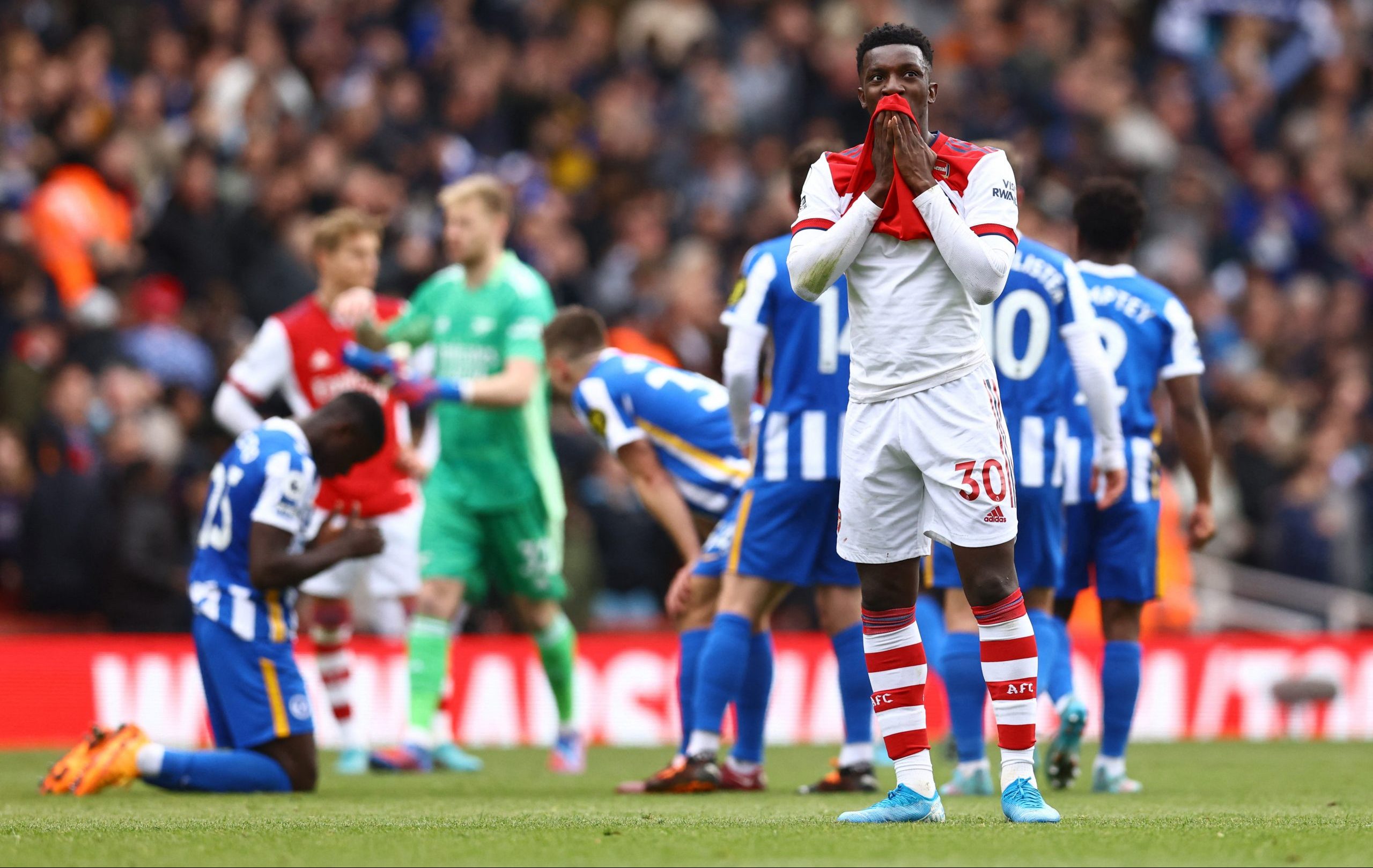 THE LOWDOWN: OUT OF CONTRACT

The Arsenal academy product is out of contract at the Emirates in June, and looks set to call time on his seven-year stay at the club.

He is free to talk to any clubs about a transfer this summer with talks of a new deal at the north London outfit said to be still on the table for the forward if he wants it.

Since signing a five-year contract with Arsenal at 18 years old, Nketiah has made just 85 appearances across all competitions, scoring 18 goals.

He spent six months on loan at Leeds United during the 2019/20 season where he made 19  appearances in all competitions scoring five goals.

The 22-year-old has expressed his frustration at a lack of game time at the club and has stressed his need to further his development as a player.

THE LATEST: I WANT TO PLAY

Speaking on The Beautiful Game Podcast, Nketiah was asked whether he’d still be an Arsenal player next season, he said:

“At the moment, I would say my stance is the same, I want to play games. I haven’t started a Premier League game this season. I’m not here complaining but I think I’m at the level where I can play and could get that opportunity elsewhere.

“I’m thinking about it.

“You’re free to speak with clubs now but I leave my family and agency to do that. My stance is I want to be honest and clear and I want to play football.

“That’s what everyone’s aim should be. After the season, I can be potentially selfish and think about what is best for me.”

“I’m just trying to focus on the season until May and make sure I finish that in a good way and then sit down and see what I think is the best opportunity to allow me to take those steps and develop.”

THE VERDICT: LET HIM GO

The £9m-rated star’s comments will not come as any surprise to the Gunners faithful considering his lack of opportunities at the Emirates.

His start in the defeat to Southampton last weekend was his first of the season and his first full 90 minutes of action.

With Alexandre Lacazette in poor form throughout the campaign, the 22-year-old will certainly have felt he deserves more opportunities to impress.

It’s no secret of Mikel Arteta’s desire for a new striker in the summer, which means the 17-time England U21 international may still not get the game time he craves if he is to stay on next season.

If that is the case, the north London outfit will be inclined to let the player go in order to further his development and get the opportunities he deserves elsewhere.