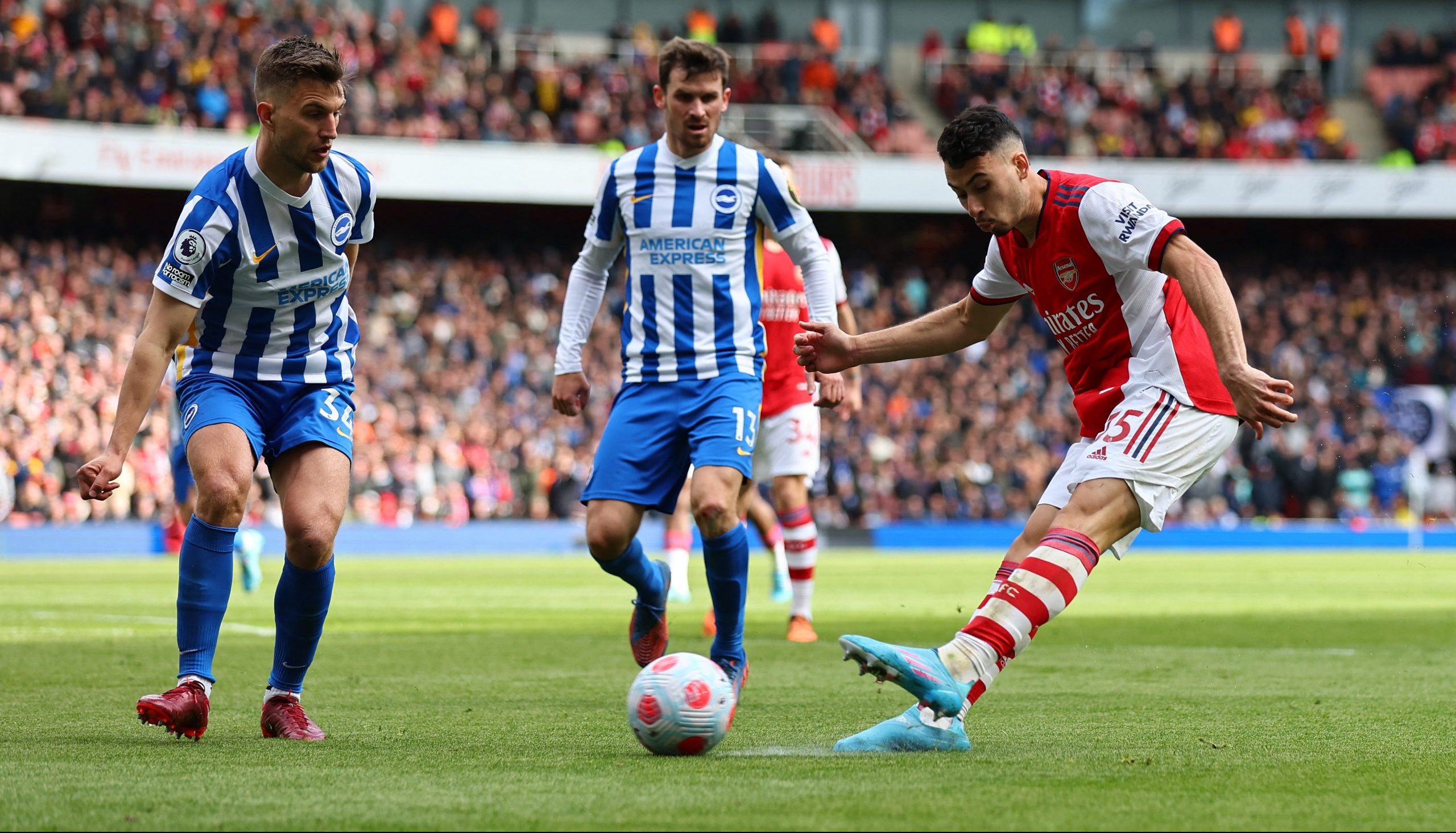 The decision to disallow Gabriel Martinelli’s goal for offside in Arsenal’s 2-1 defeat to Brighton & Hove Albion at the weekend was “crazy”, according to pundit Gabriel Agbonlahor.

Mikel Arteta stated he was “concerned” by his side’s performance against Brighton after they handed the initiative to Tottenham Hotspur in the race to finish in the top four for Champions League qualification after a damaging 2-1 defeat.

The Seagulls who went seven games without a win prior to the game frustrated the home side through their resilience, organisation and swift attacking play, with Arsenal lacking the urgency and the creative thrust of recent weeks to atone for their heavy defeat to Crystal Palace at Selhurst Park.

Leandro Trossard’s curling first-half finish – after a fine assist by the impressive Enock Mwepu – gave Graham Potter’s side something to build on.

After Martinelli appeared to have headed Arsenal level moments before the break – only for a four-minute VAR check to rule him offside – the visitors remained solid before doubling their lead with a superb Mwepu finish.

It was a decision by the officials that could prove costly to the Gunners’ Champions League push, and the former Villa striker agrees.

Speaking to Football Insider, the ex-Aston Villa and England attacker insisted the Gunners should not have to rely on VAR to beat mid-table clubs like Brighton.

“It was a crazy decision,” Agbonlahor said after analysing the footage.

“But nothing surprises me now, it’s one a week. Arsenal, unfortunately, are on the wrong end of it this week.

“Arsenal, though, should be beating Brighton. They shouldn’t have to rely on a VAR decision. They’ve spent enough money on their team to beat Brighton comfortably.”

As shown on the BBC’s Match of the Day show, the VAR review took over three-and-a-half minutes before Martinelli’s goal was deemed offside.

It was claimed the two-time Brazilian international was offside when Gabriel headed the ball back across the goal.

As quoted by football.london after the game, Arteta claimed it took too long for the decision to be made. Though, the comments made by Agbonlahor are indeed valid.

Although it proved an unfortunate decision in retrospect, the Gunners should not have been in such a desperate position in the first place as a result of their poor performance, considering their hugely significant charge for a Champions League place come the end of the season.

The north London outfit now sit fifth in the Premier League table, three points behind fierce rivals Spurs. The decision given by VAR and referee David Coote could ultimately prove damaging to their chances of a top-four finish.

AND in other news, Arsenal suffer huge injury blow…