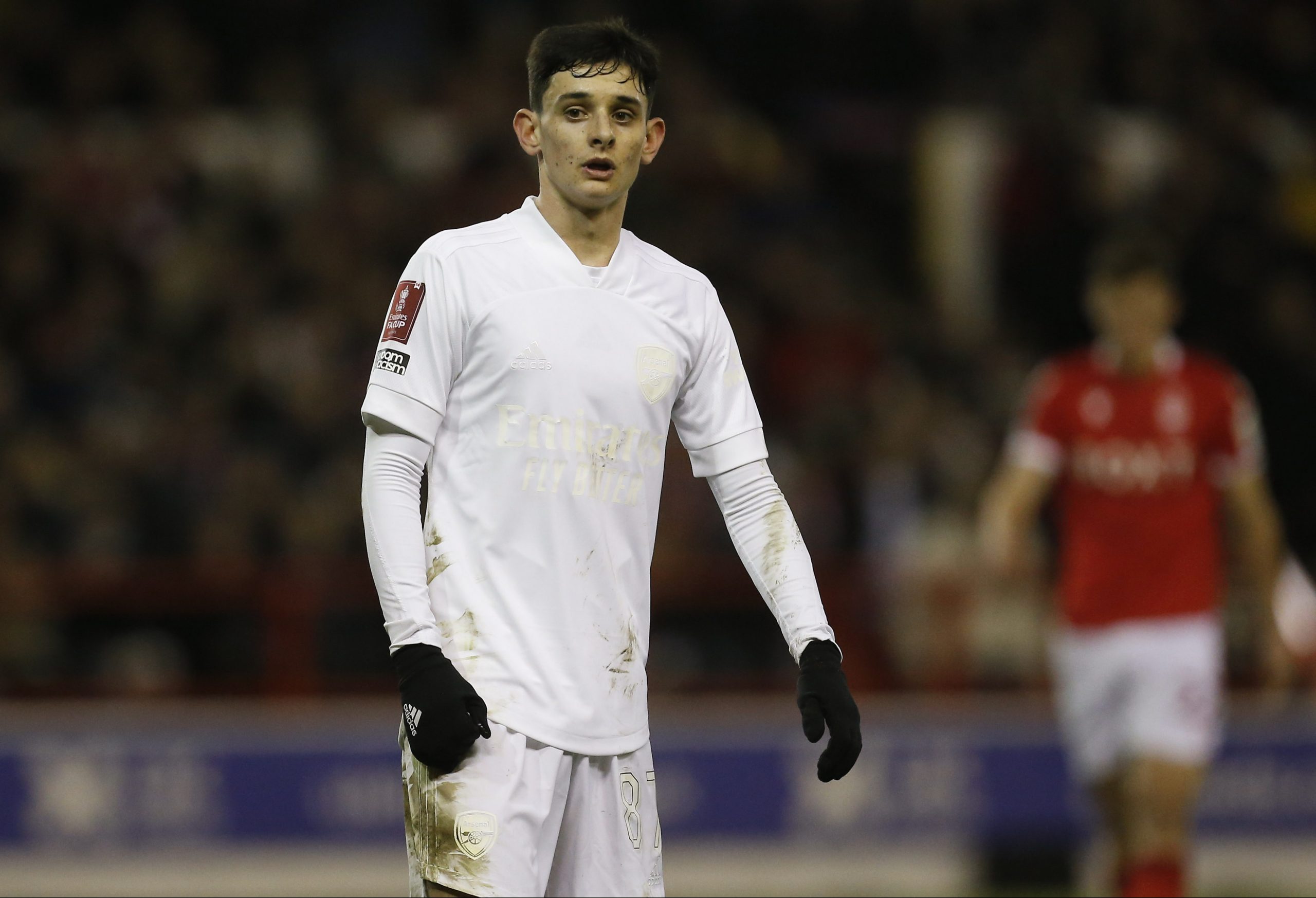 Arsenal are building an incredibly exciting young team as Mikel Arteta continues the steady evolution of the club.

Academy graduates Bukayo Saka and Emile Smith-Rowe have tremendously excelled under the Spaniard’s stewardship especially this season, with both players racking up 18 Premier League goals between them so far.

Promising signings such as Ben White, Aaron Ramsdale, Gabriel, Gabriel Martinelli, Kieran Tierney and Martin Odegaard are forming the foundations of a promising future for the North London club.

Yet there is still more to come from within the Arsenal academy, and one player continuing to turn heads at Hale End is 18-year-old Charlie Patino who has regularly been touted as the next star to arise from the club’s promising academy setup.

The Watford-born Spanish starlet is highly-regarded in the Gunners’ circles and may be someone who is set for an extended run in the Arsenal first team before long.

The £450k-rated playmaker scored a stunning debut goal during Arsenal’s Carabao Cup 5-1 thrashing of Sunderland back in December, with Arsenal fans finally getting to see their calls for the young star’s introduction with an incredible individual debut performance.

The England u19 international also made a 69-minute cameo in the FA Cup third round defeat to Nottingham Forest where he also impressed alongside Albert-Sambi Lokonga in midfield despite the Gunners’ poor display on the night.

Patino is a central midfielder who likes to operate as a No. 8.

The left-footed teenager, whose pathway towards the Arsenal first team has been compared to Phil Foden’s at Man City, has progressed rapidly through the youth ranks, making his Under-23 debut before the age of 18.

Brian Stapleton, the Arsenal scout who first spotted Patino while he was playing for Luton Town described him as an “animal” and a “winner”, he told GOAL in July 2021:

“Sean O’Connor discovered Jack Wilshere and he said to me that Charlie is the best player who has ever walked through the doors at Hale End.

“The kid has got so much potential, but he’s not there yet.

“Charlie has an amazing awareness of where he is on the pitch and where other players are on the pitch. His vision is so good, he can split a defence with a pass.

“And he has that desire to do well. When he’s on that pitch he can be an animal, he’s a winner.”

Patino, who could be set to follow in Odegaard’s footsteps and described by him as one of Arsenal’s “biggest talents”, recently heaped praise on the Norwegian playmaker for his influence on him.

Speaking with NepentheZ on Facebook Livestream back in January (via TBR), he said: “Odegaard is amazing in training. He’s really settled in now.”

He’s a player I really look up to, he’s helped me a lot. Odegaard is very, very good.”

Gunners fans will be hoping that Patino will take a leaf out of the 23-year-old’s book when he’s firmly ingrained within the Arsenal first-team setup in the near future.