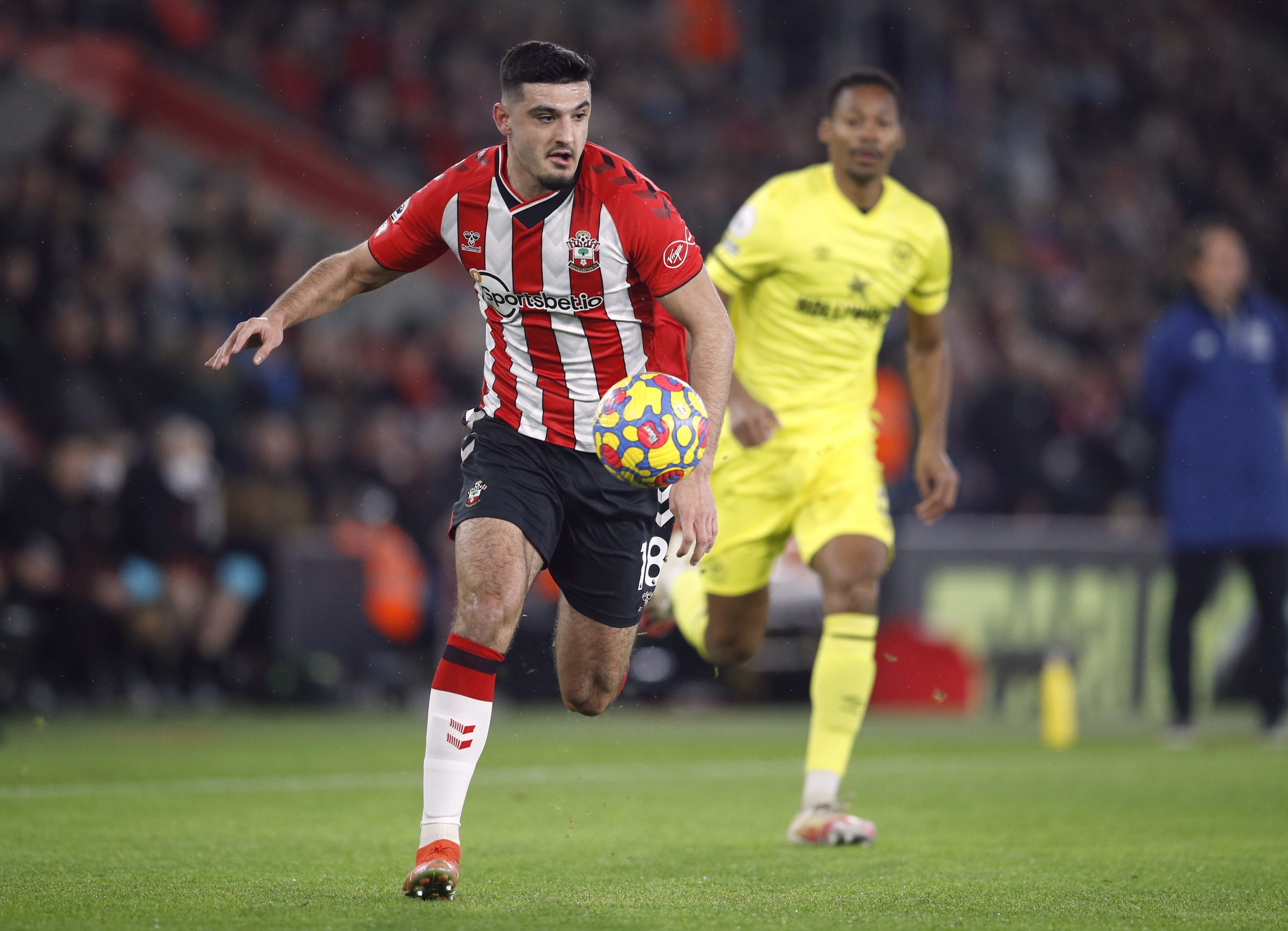 Arsenal are set for another transfer window where the focus will be placed primarily on overhauling the squad, and addressing the need for a goalscoring number nine in order to further their ambitions under Mikel Arteta.

The Gunners began the process of shifting out many first-team players last summer who the club deemed surplus to requirements, along with recruiting young players who are tailored to the modern game and fit into Mikel Arteta’s style of football.

With Alexandre Lacazette and Eddie Nketiah’s contracts expiring this summer and struggling for consistent form in front of goal, Arteta will be scouring the market for a player who could advance their game by scoring the goals they need to fire them to the next level.

One player who fits the bill in terms of his age, potential and goalscoring threat is Chelsea academy graduate, Armando Broja who is currently turning a lot of heads at Southampton so far this campaign.

According to Ryan Taylor writing for the Daily Express, Arsenal have shortlisted Broja amongst other candidates to address the pressing need up-front.

It is also reported by the Daily Express that Chelsea will demand a hefty fee of £58m to sell the 6 foot 3 forward in the summer window.

Arsenal are prepared to splash the cash in this summer’s window, and considering Broja’s huge potential and room to develop even further, the Albanian hitman fits the current quota at the Emirates perfectly.

The Berkshire-born hitman has enjoyed a fine season on loan at St Mary’s this season with the 20-year-old scoring nine goals in 28 across all competitions and producing several impactful displays.

It follows an 11-goal campaign in the Netherlands for Vitesse Arnhem last term with the 10-cap Albania international making constant progress. He’s picked up a respectable SofaScore match rating of 6.72 following his six goals in the English top-flight so far this campaign.

Recently described as “dangerous” and a “great threat” by coach Ralph Hassenhuttl, it’s evidently clear that Broja possesses a promising future in his hands, and playing for a club like Arsenal could propel his game even further, especially when arriving on the end of “tremendous” and “intelligent” Odegaard’s passes.

The Norwegian playmaker has excelled as Arsenal’s most effective creative outlet in recent months, laying on three assists and making the most key passes (52) of any Arsenal player so far this campaign.

As per FBRef, Odegaard ranks eighth amongst Premier League players for through balls (7), seventh for shot-creating actions (97) and sixth for passes into the penalty area (46).

Odegaard’s creative ability and influence coupled with Broja’s pace, movement and impressive goals per shot on target ratio of 0.33 could well form the basis of an impressive and exciting potential partnership if Arsenal snap up the Albanian target-man this summer.

Valued at around €40m (£34m) by CIES Football Observatory, the Blues loanee will not come at a cheap price and that’s before you factor in the rivalry between the two London clubs, though on the above evidence, he could be worth every penny latter down the line.