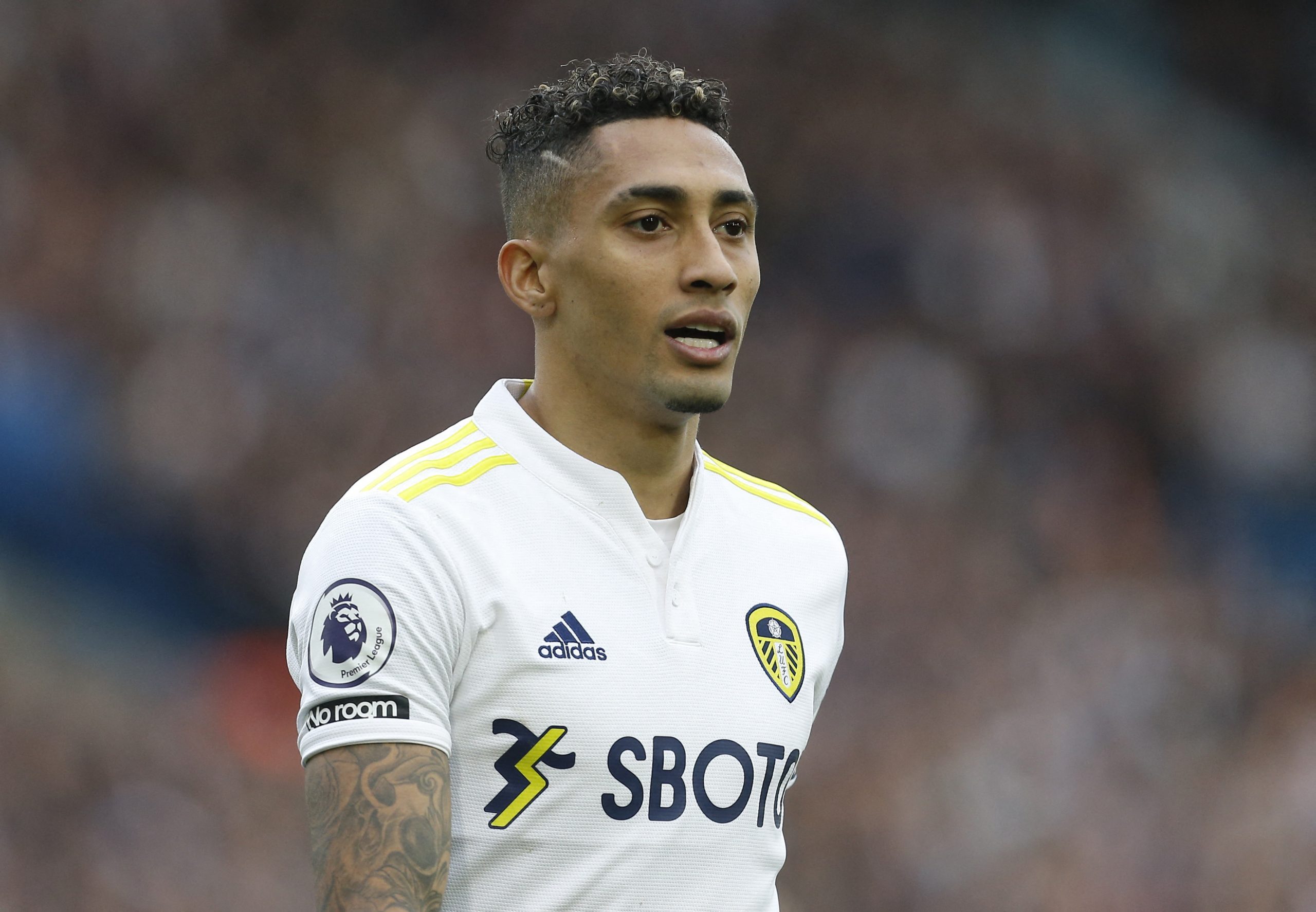 Leeds United’s Brazilian magician will be a big talking point in the coming months, as his potential departure from Elland Road draws closer.

The talented, eye-catching attacker, who has dazzled once again this season for Leeds, could be on the move at the end of the campaign as a number of Europe’s biggest clubs continue to circle for his signature.

Barcelona are said to have opened the bidding for Raphinha, but the Yorkshire giants will not be entertaining bids for now as they aim to steer clear of the relegation places in the Barclays Premier League.

President Joan Laporta has already confirmed the Spanish giants are interested in a deal for the Brazilian as they continue to discuss a transfer with his agent Deco.

Nonetheless, it appears Barcelona are not the only club in contention for his signature.

According to Italian journalist Fabrizio Romano, Arsenal have reportedly asked ‘for information’ on the Leeds attacker, with view to an exciting potential move to the Emirates this summer.

Speaking on the ‘Here We Go’ podcast, Romano said:

“They are not leading the race. They are looking for that kind of player.”

It’s evidently clear Arsenal are progressing under the tutelage of Mikel Arteta currently.

The Gunners, at the time of writing, currently sit in fourth spot in the Premier League, three points off north London rivals Tottenham Hotspur as they push on to claim a UEFA Champions League place for the first time since 2017.

Providing Arteta’s men make the cut, they will certainly be looking to add quality to their squad as they aim to challenge the likes of Manchester City and Liverpool, and also impress in Europe.

Signing a player of Raphinha’s calibre would go a long way in making their intentions clear to the rest of Europe.

The £40.5m-rated forward is Leeds’ top scorer in the Premier League this season, netting nine times and standing out comfortably as his team’s greatest attacking weapon with a total of 12 goal contributions.

The Brazilian could strike up a devastating attacking understanding with the likes of Bukayo Saka, Martin Odegaard, and fellow countryman Gabriel Martinelli next season, propelling Arteta’s attack to be, arguably, the most exciting in the whole division.

AND in other news, Arsenal are reportedly looking to end their striker search with a potential move for a Uruguayan sensation.