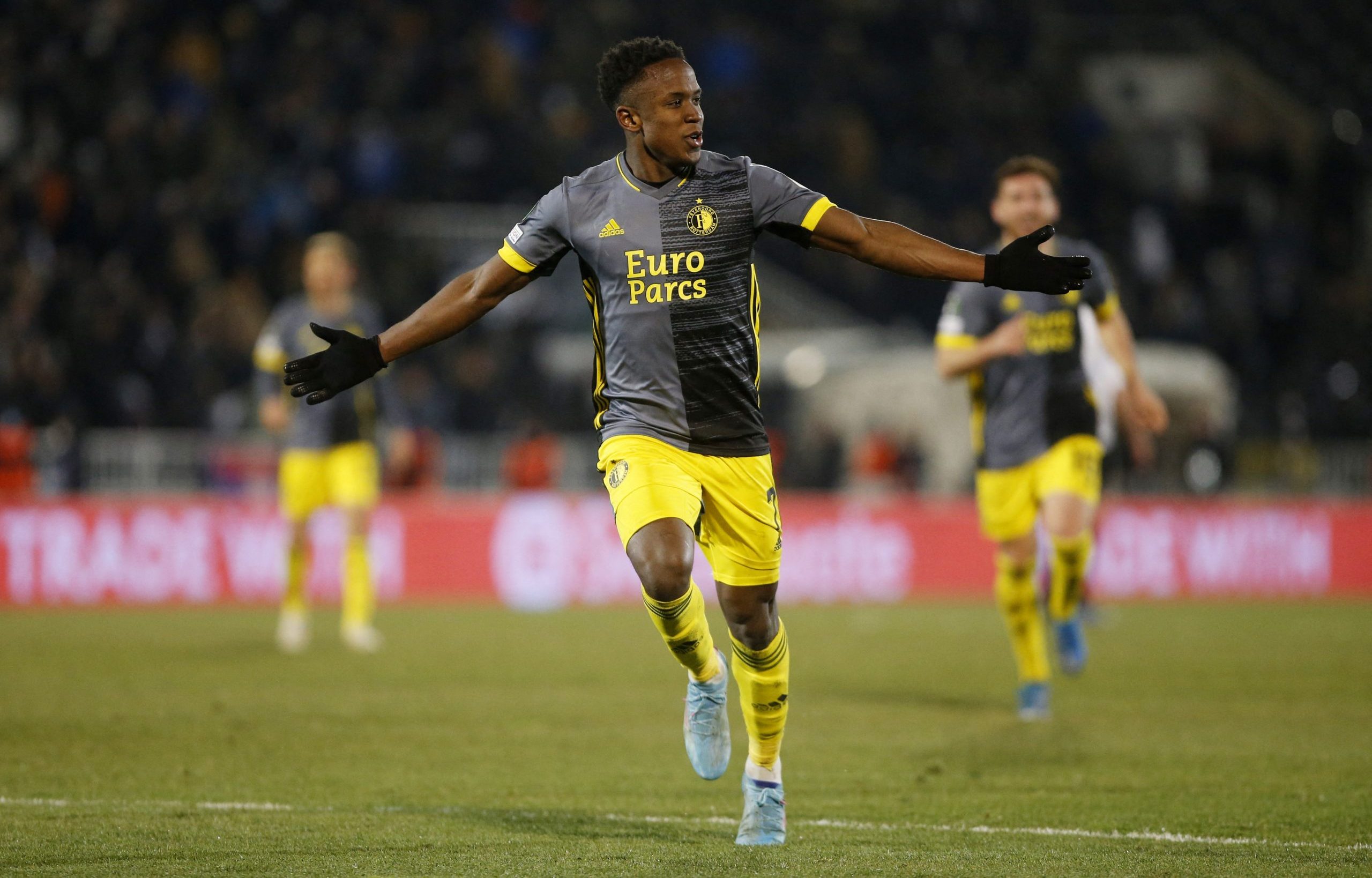 Arsenal target Luis Sinisterra is enjoying a remarkable breakthrough campaign in the Dutch Eredivisie, propelling himself to become one of Feyenoord’s most pivotal figures in their search for a European place at the end of the season.

The 22-year-old Columbian winger has notched ten goals, and five assists from 24 league outings so far, and is keen to continue his rapid development in a much bigger division, and Arsenal are reportedly interested in providing him with that opportunity.

THE LATEST: BID MADE

According to a report by Italian publication Corriere dello Sport (via Sport Witness), who claim that the Gunners have even submitted a bid for the Feyenoord winger in an attempt to secure the signature of the 22-year-old this summer.

However, the report goes on to claim that both Atletico Madrid and Bayer Leverkusen have also launched an attempt to sign the Columbia international, for whom the Eredivisie giants are believed to be demanding a fee of around €15m (£13m) in order to part with him.

If Mikel Arteta’s side could swoop for Sinisterra this summer for the fee reported above, it would represent a very healthy bargain.

Currently valued at £16.20m, the Columbian wizard recently heralded as one of the ten most prized Columbian footballing assets in the world has enjoyed a sensational season in the Dutch top-flight, which includes a goal in their UEFA Europa Conference League Round of 16 tie against Partizan Belgrade in mid-March.

He has averaged an impressive SofaScore match rating of 7.53, ranking him as the fifth-best player in the top flight of Dutch football.

A left-winger by trade, the £10k-per-week star has amassed over 100 competitive appearances for Feyenoord. His tally of 30 goals and 26 assists are very impressive, with the 22-year-old sensation making waves across Dutch football due to his speed, dynamism and productivity in the final third.

Such form has seen him lauded as a “crafty, quick and sneaky winger” by CBS Sports pundit Nico Cantor, whilst talent scout Jacek Kulig describes him as being a “dribbling master” – and further statistics would back that up.

As per Scoutcharts, only two other players have registered more successful dribbles per 90 (3.48) than the Feyenoord gem.

Arsenal are currently in the process of building an exciting young crop of players at the Emirates, blessed with plenty of attacking flair, creativity and youthful exuberance. Sinisterra fits such a profile in abundance.

The Gunners’ hierarchy, particularly director of football operations Richard Garlick, should get this bargain over the line at all costs.

AND in other news, Arsenal ‘ask for information’ on one of the Premier League’s most devastating forwards right now…