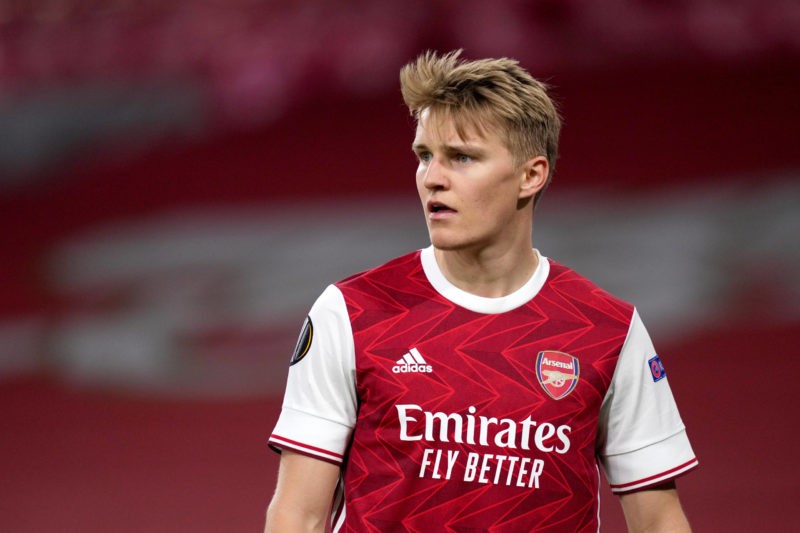 Arsenal are reportedly set to ramp up their efforts to re-sign Martin Odegaard after learning Real Madrid will significantly lower their asking price for the midfielder.

The 22-year-old spent the last part of last season on loan at the Emirates where he impressed but returned to the Bernabeu in hope of sealing a first-team spot under Carlo Ancelotti this season.

However Odegaard’s future at Real is in doubt after Ancelotti became the new manager this summer, with the Norwegian being omitted from the squad list submitted to La Liga and not even receiving a shirt number.

Real are now set to sell Odegaard to Arsenal and, according to ABC, they have lowered their asking price to £34million.

However, the La Liga giants want to add a £8.5million in easily achievable bonuses and a buy-back clause.

The Gunners supposedly are only willing to spend in the sum of £25million, which includes bonuses, and despite the difference in value, its suggested that there is confidence that a deal can be reached between the two clubs.

Its believed Odegaard would be happy to return to the Emirates and is eager to reunite with Mikel Arteta.

Arsenal have already spent in the region of £75million on a trio of players this summer which include Sambi Lokonga, Ben White and Nuno Tavares and are thought to have more funds left in the kitty to spend.

The club recently recouped £25million for the sale of Joe Willock to Newcastle so would be more than capable of landing Odegaard before the transfer window closes.