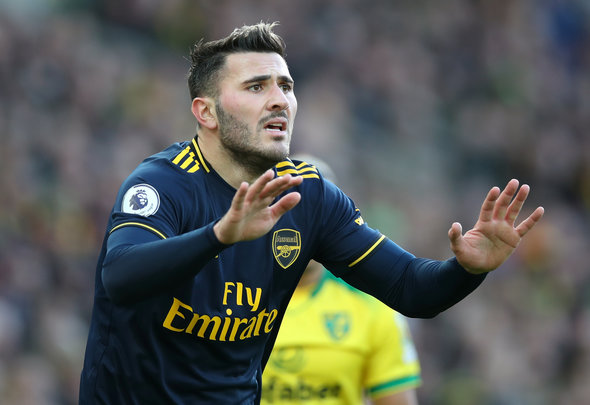 Sead Kolasinac is on the verge of joining Bayer Leverkusen in a transfer worth £9 million, according to reports in Germany.

The 27-year-old left-back joined the Gunners on a free transfer in 2017 but has struggled to cement a regular first-team role.

The Bosnian international’s opportunities of first-team football this season at the Emirates have been further hindered by Mikel Arteta opting to use Kieran Tierney in the left centre-back role while deploying Ainsley Maitland-Niles at left wing-back.

Arteta is said to be keen on raising transfer funds this transfer window in order to acquire reported targets Thomas Partey and Houssem Aouar as the Spaniard aims to bolster his midfield options.

German publication Sport Bild suggest Leverkusen are interested in investing in new players after selling Kai Havertz to Chelsea and are close to an agreement with Arsenal for Kolasinac’s services in a deal worth £9 million.