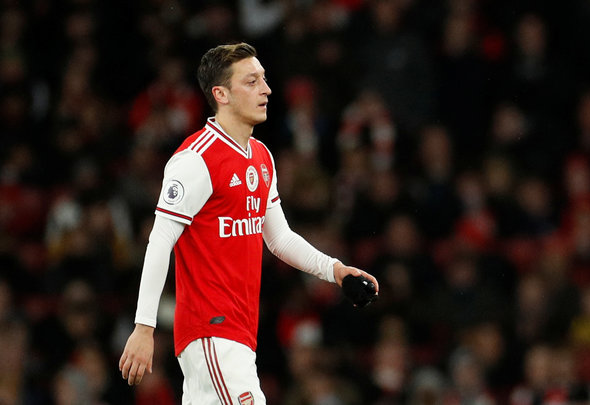 Andrey Arshavin has questioned if Mesut Ozil has a future under Mikel Arteta at Arsenal.

The ex-Gunner admits that Ozil, who pockets £350k-a-week, is a talented individual but claims the 31-year-old ‘slows down the game’ and thinks it is time he and the club go their separate ways.

In an interview 888 Sport, Arshavin said on the matter:

“As a player, of course, I respect him. Mesut is a world-class player.

“But for me personally he slows down the game. I would prefer to use another player. Mikel, as we can see, is the opposite and plays him a lot.

“He has improved his game at Arsenal but still, in the future, I do not see him there.”

Ozil will enter the final year of his contract at the end of June and there is no sign of an extension yet.

Despite interest from China and Turkey, The German playmaker has previously admitted in the past that he is happy to remain at Arsenal beyond his current deal and his agent, Erkut Sugol, recently reinforcing this statement.

Many will want to see the back of Ozil and be hoping the club can recoup some transfer funds from his sale this summer rather than risk losing him on a free at the end of next season. But others will be hoping the German continues his journey with Arsenal and sign another deal at the Emirates beyond 2021.