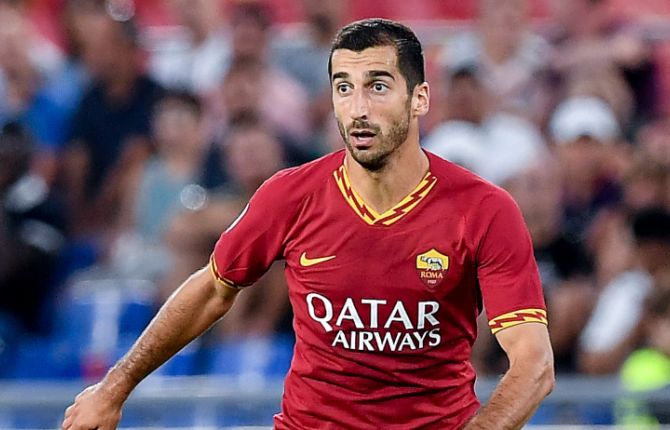 Roma have reached an agreement with both Arsenal and Manchester United to keep hold of Henrikh Mkhitaryan and Chris Smalling beyond June 30th, according to reports in Italy.

Both players are currently on a season-long loan with the Serie A side and were expecting to return to their respective clubs at the end of June.

However, with the current season set to run well beyond their loan contracts due to the Coronavirus, Italian publication Corriere dello Sport (via The Sun) claim Roma have agreed with Arsenal and United that both Mkhitaryan and Smalling will remain at the Stadio Olimpico until the current season is concluded – whenever that may be.

Smalling has been in impressive form for Roma this season, staring 28 times and scoring two goals, and has been linked with a move to Arsenal as a result as Mikel Arteta looks to strengthen his defence this summer.

Meanwhile, Mkhitaryan is enjoying life at Roma, scoring six goals in 20 games, and has previously suggested that he would like to remain at the Serie A side rather than make a return to the Emirates this summer.

Italian football chiefs are hoping to restart Serie A in early June, but nothing has been made official just yet.