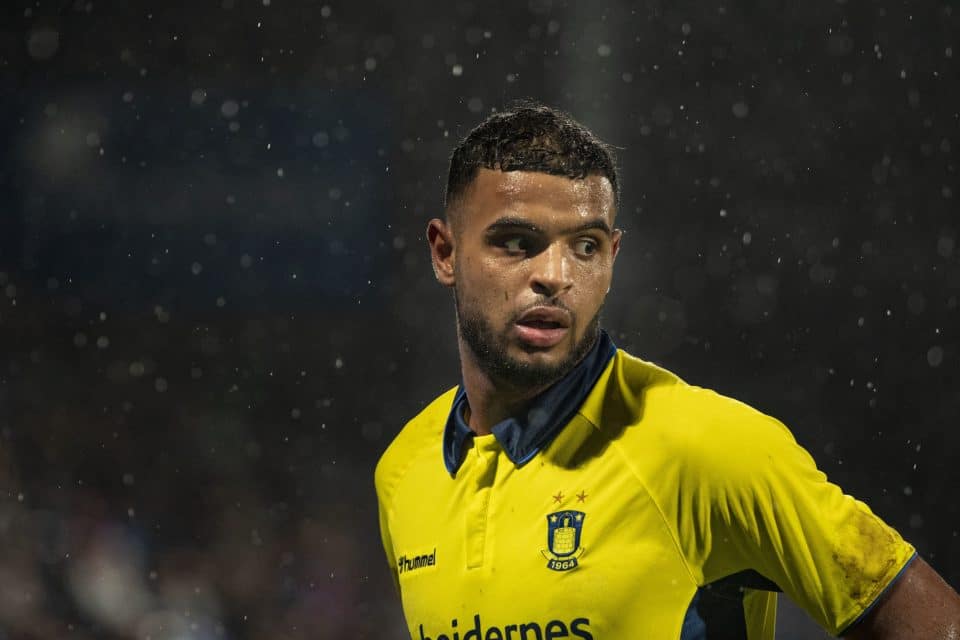 Arsenal are reportedly weighing up a deal for Brondy starlet Anis Ben Slimane with the Danish club desperate for funds.

The 19-year-old, who has contributed one goal and one assist in four Danish Superliga games after breaking into the first-team last month, could be set for a move to England this summer.

Danish publication BT (via The Sun) claim Brondby are expecting to experience financial difficulties due to the season being suspended by the Coronavirus pandemic.

The report goes on to say that Brondby may have to sell their prized assets in order to balance the books and Slimane is thought to be on the list.

Arsenal are reportedly keen on luring the midfielder to the Emirates having been impressed with his performances for the Danish outfit this season and could land him for as little as £4million.

During the January transfer window, Fotboll Skanalen claimed that Arsenal, Manchester United and AC Milan all sent scouts to watch the pre-season game between Brondby and IFK Norrkoping.

Brondby forward Simon Hedlund said after the game that the scouts were there to watch over either Slimane or West Ham’s Sead Haksabanovic, who is currently on loan at Norrkoping:

“It was probably some younger players that the clubs were watching, either Slimane in our team or Haksabanovic.

“Both were very good today.”

Arsenal have been linked with several midfielders already ahead of the summer transfer window and Slimane looks to be the latest if reports prove accurate.