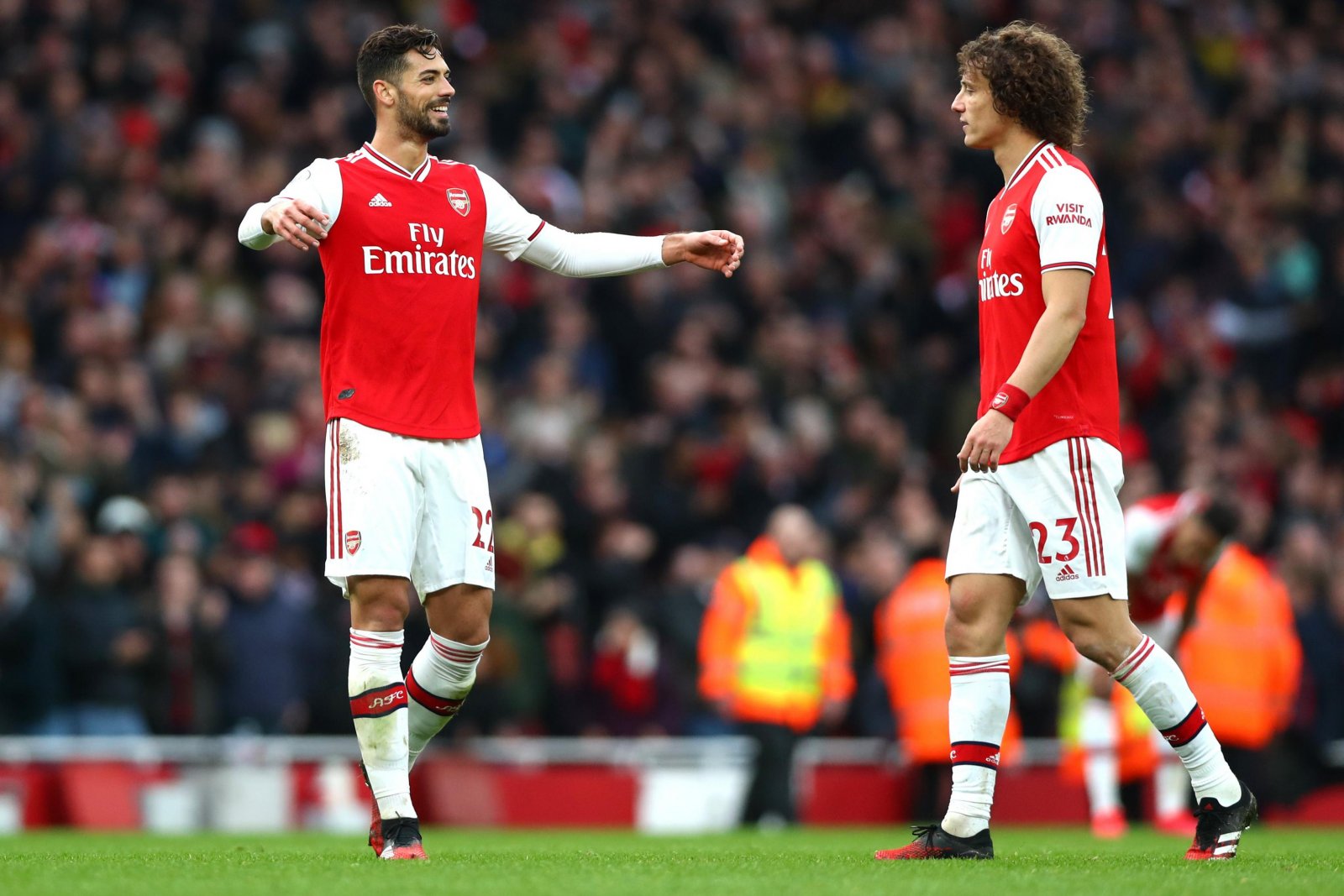 Pablo Mari wants to remain at Arsenal for ‘many more years’ to come and has hailed David Luiz as the perfect ‘role model’.

The Gunners signed Mari on loan from Flamengo during the January transfer window and can turn the transfer into a permanent one this summer.

However, the 26-year-old only managed to make two appearances for the Gunners after the season was suspended until further notice due to the Coronavirus outbreak. But it’s believed Mikel Arteta has been impressed with what he’s seen from Mari, with the centre-back happy to continue his journey with the Gunners after his loan spell ends.

Discussing his future on talkSPORT, the Spaniard said on the matter:

‘I’ve been at five clubs over the last four years. This is a footballer’s life.

‘If you want to play football and you want to improve [to get to a big club] then every year you need to move.

‘Maybe when you find a club that is good for you, then you can stay and improve with that club.

‘I have found myself here at Arsenal. It is a really good option for me.

‘I want to stay here and improve as a player and a person. I want to be here for many more years.’

As well as wanting to remain at Arsenal, Mari appears to have blossomed a great working relationship with fellow defender Luiz, seeing the Brazilian as an ideal role model:

‘It’s going really well. My feeling with David is nice.

‘David is a really good person and helps me with everything. We want to win everything, so we’re going to try. ‘We have a lot of ambition, so I look forward to seeing what the future holds [at Arsenal].’

It’s thought Arteta wants to revamp his squad this summer and with limited funds expected to be handed over to the Spaniard, Mari looks an ideal signing for the Gunners.

The likes of Sokratis and Shkodran Mustafi have been tipped to leave the Emirates this summer so the potential inclusion of Mari would make great business sense for the club to undertake.

It remains to be seen whether Flamengo would sell Mari on, but the Spaniard’s admission to remain at Arsenal bodes well for Arteta and co. to sign him on a permanent deal this summer.