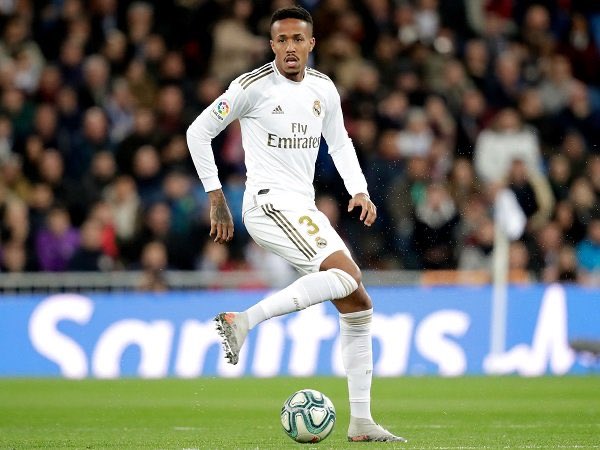 Arsenal have reportedly contacted Real Madrid about the availability of Eder Militao.

The 22-year-old has struggled to feature in Zinedine Zidane’s first team since his arrival from Porto last summer and the Gunners are thought to be interesting in bringing him to the Emirates when the next transfer window opens.

Zidane, who’s Madrid side are second favourites with Silentbet for the title if it resumes this season, prefers the partnership of Sergio Ramos and Raphael Varane in the centre of his defence despite the La Liga club splashing out £44million on Militao.

However, Arsenal will attempt to sign the centre-back this summer as Mikel Arteta wants to reinforce his defence, according to Don Balon.

It is thought that Arteta is looking for potential replacements for both Shkodran Mustafi and Sokratis ahead of the new season.

But the Gunners will face competition for Militao’s signature as Manchester City are also believed to have contacted Real Madrid about the player’s availability.

Militao has often been forced to play out of position at right-back due to Dani Carvjal’s injury problems, but it is understood that Ramos is not happy with the Brazilian’s contribution since his arrival and thinks its time he left the club.

Militao has made just 13 appearances for Zidane’s side, starting just seven of those games.

It appears that Real are willing to sell Militao as reports in January claimed they rejected a bid from Tottenham with Spanish club wanting £70million for his sale.