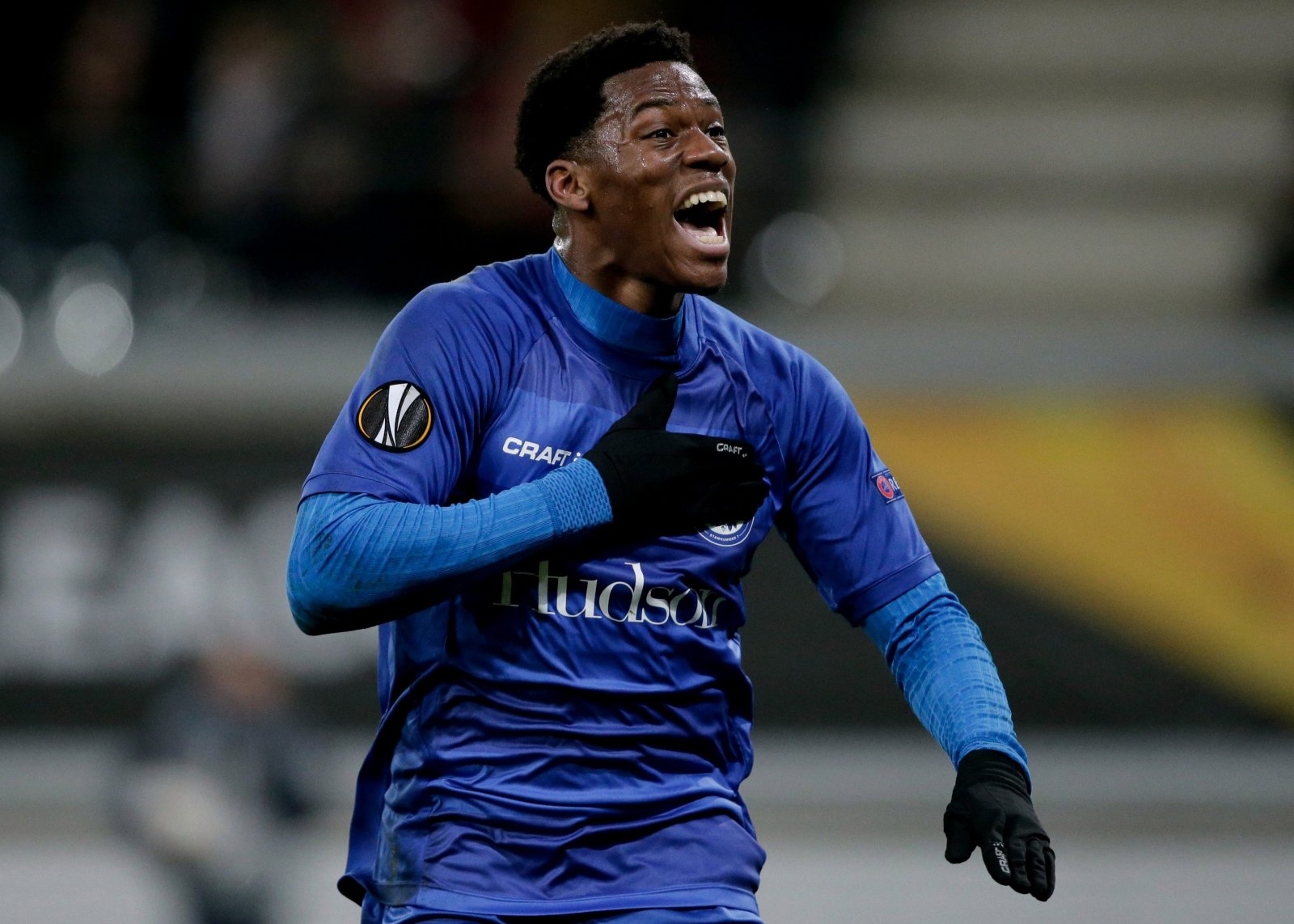 Gent striker Jonathan David admitted he would ‘love’ to play in the Premier League with Arsenal plotting a move for the 20-year-old.

David has established himself as one of the most prolific strikers in Belgium since joining Gent in 2018 from Canada and is currently joint top scorer in the Jupiler Pro League this season with 18 goals in 27 games.

David’s form has reportedly attracted the attention of the Gunners with Mikel Arteta in search of a possible replacement for Pierre-Emerick Aubameyang should the Arsenal captain depart.

The 30-year-old’s contract expires next summer and has been linked with moves to Barcelona, Real Madrid and Manchester United in recent weeks. With no signs of an extension yet, Arsenal will have to decide whether to cash in on the striker or risk losing him on a free next summer.

As a result, the Gunners have been linked with several forwards to potentially replace Aubameyang and David is the latest to be added to the list.

David is said to be high on the list and Gent would be willing to sell the American-born forward this summer for around £17.5million.

Manchester United, Chelsea and Leicester City are all said to be keen on David and when asked about increasing speculation surrounding his future, he told the Guardian (via Metro):

‘I don’t really focus on that or think much about it.

‘Right now, I’m playing almost every minute of every game and that has really helped me get to the level that I need to be.

‘I just need to take a good step where I can make sure I am getting enough time on the pitch to keep developing.’

David rates the Premier League as the ‘best’ and ‘most competitive’ in the world but wants assurances over his playing time should he make the move to England:

‘I don’t want to go somewhere and just stay on the bench so it’s about taking the right step,’

‘I want to become one of the best strikers in the world. That’s my goal.

‘The Premier League is the best in the world and most competitive so obviously that is somewhere I would love to play in the future.’