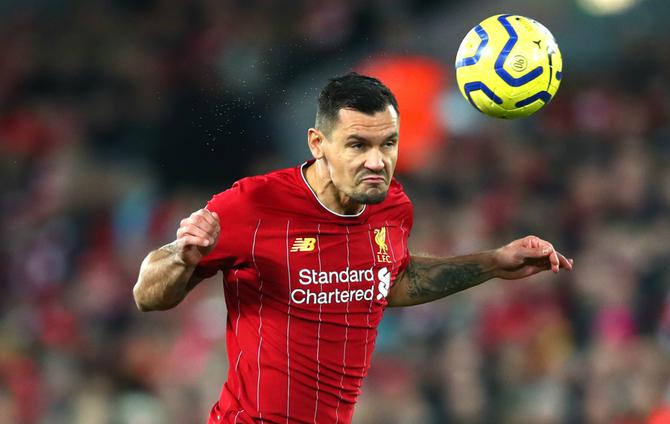 Arsenal have been put on alert as reported target Dejan Lovren is keen on a move to London this summer.

The 30-year-old has is behind Virgil van Dijk, Joe Gomez and Joel Matip in the pecking order at Anfield and is looking to secure regular first-team football next season.

Lovren has been at Liverpool since 2016 and its believed Jurgen Klopp will not stand in his way should he wish to depart Anfield.

Lovren will have one-year left on his contract in June meaning Liverpool will have the opportunity of recouping a transfer fee this summer.

With the Croat thought to be keen on a move to London, Arsenal and Tottenham have been made favourites to land the centre-back, although West Ham and Crystal Palace are also interested in his services.

Mikel Arteta will look to strengthen his backline this summer and Lovren, who has made just 14 outings for Liverpool in all competitions this season, would be an ideal recruit considering his vast experience in the Premier League.

The London quartet will also face a battle from abroad with teams around Europe likely to be interested in Lovren as well.