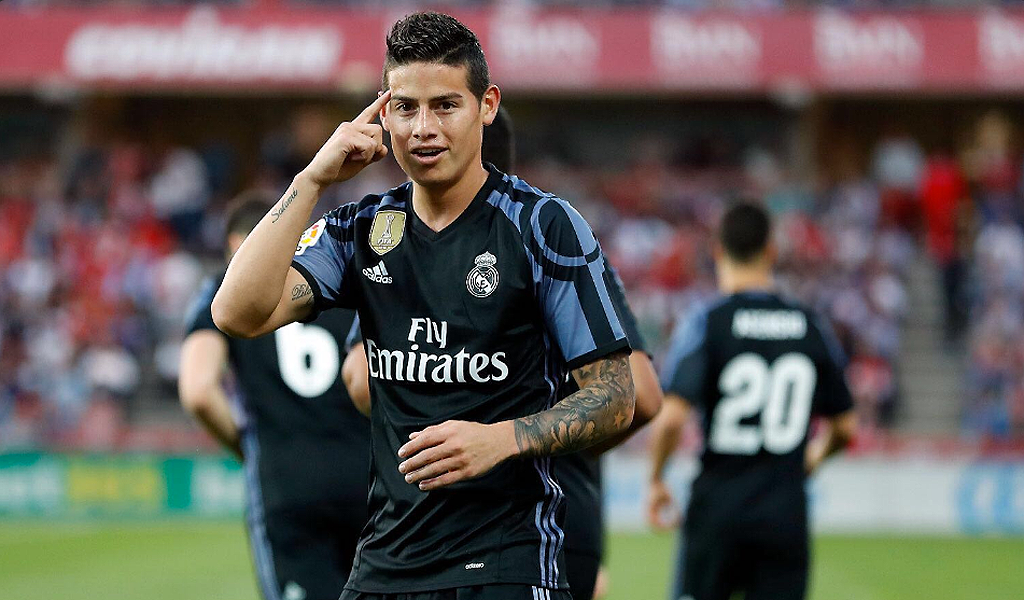 Arsenal and Everton are reportedly both interested in signing Real Madrid James Rodriguez on loan before the January window closes.

The 28-year-old midfielder spent the past two seasons on loan at Bayern Munich before returning to Real Madrid last summer.

However, the Colombian playmaker faces yet another season of uncertainty at the Bernabeu after making just 11 appearances so far this season.

Rodriguez has not played in the league since the middle of October but made just four starts prior to his injury.

Although Real Madrid president Florentino Perez values Rodriguez at around the £34million mark, he is open to sending the Colombian out on loan again with an option to buy at the end of the season.

Arsenal are thought to be interested and already have a good working relationship with Real, having taken Dani Ceballos on a season-long loan at the start of the season.

Rodriguez wasn’t interested in making a move to the Emirates towards the end of last year as he was determined to prove his worth to Zinedine Zidane.

However, he is not believed to be in Zidane’s plans and a move to the Premier League could revive his career.

Mikel Arteta wants to bolster his squad but has limited funds to work with this month, so a loan move for Rodriguez could well be on the cards for the Gunners.