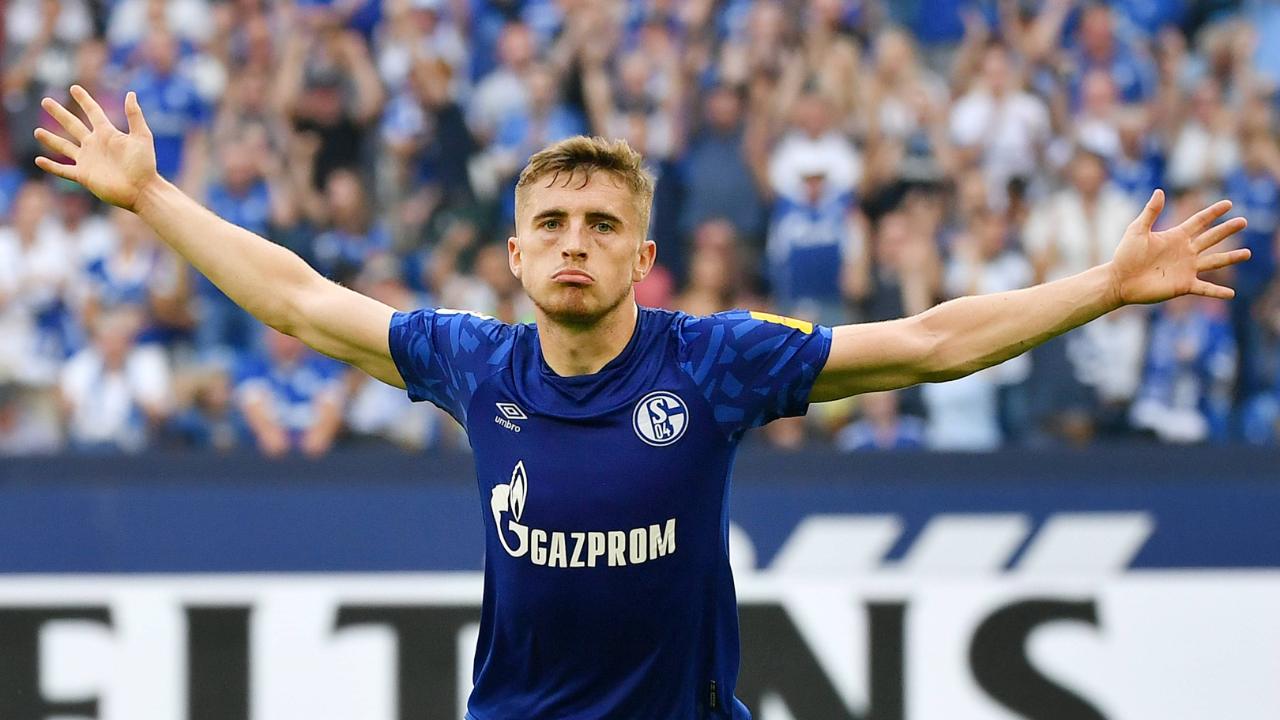 Arsenal are reportedly interested in signing Jonjoe Kenny from Everton.

Its understood that Mikel Arteta wants to strengthen his backline this month after seeing the Gunners concede 30 goals in 21 Premier League games so far this season and is considering a move for the Everton loanee.

The 22-year-old Englishman has been in impressive form under David Wagner at Schalke 04 and is said to have attracted interest back home.

While Arsenal are keen on the defender, Express Sports claim bitter London rivals Tottenham are also interested in Kenny and are willing to battle the Gunners for his signature.

Hector Bellerin has been struggling with injuries and fitness this season and with Calum Chamber also ruled out for up to nine months, Kenny could prove a solution to Arsenal’s defensive woes.

It may not prove too difficult to sign Kenny from the Merseyside club this month as Djibril Cisse has been in impressive form for the Toffees at right-back.

It remains unclear as too how much money will be given to Arteta to spend this month. However, Arsenal’s defence needs addressing if they are to climb up the table.