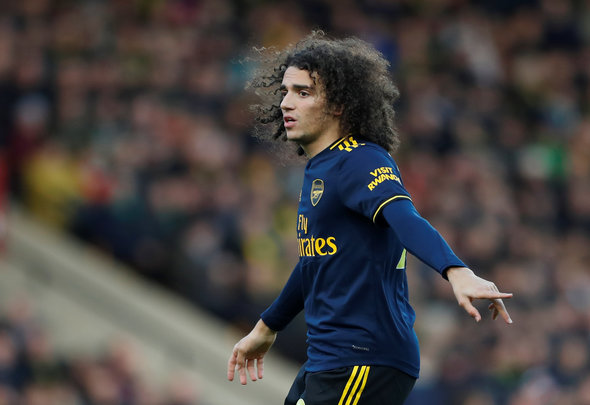 Arsenal have acquired something of a reputation in recent years for being a bit soft. Their constant failures at the Britannia Stadium against Tony Pulis’s Stoke City was a bug reason for that.

However, that’s not an association that the supporters appreciate, which is why they don’t like it when their own players go down easily or dive.

That explains the vitriol thrown Gunners midfielder Matteo Guendouzi’s way in the first half of their crunch Europa League clash with Standard Liege on Thursday.

The Frenchman went down early on after appearing to be elbowed by a Standard player. However, replays show that there was no real contact.

That’s something the Arsenal fans didn’t like, as you’ll see below.

guendouzi rolling around the floor in the 1st minute. he needs to get this out of his game, for real.

That’s shocking from Guendouzi. I hate cheats, doesn’t matter who they play for. #Arsenal #STLARS

Was Guendouzi even touched? He should be benched for that nonsense. Sickening.

Because Guendouzi tried to cheat him. Didn’t touch him

These are the Arsenal fans who are most vociferous in their criticism of Guendouzi. You can see that they don’t like him feigning contact, which is absolutely what he did here.

As one supporter says, he doesn’t like cheats, even if they play for his club. That’s the problem for the young Frenchman, who lets himself down with this sort of thing.

His own fans are calling on him to cut this sort of nonsense out of his game, which tells you all you need to know about how dispiriting this tendency is.

Yeah I have just seen it. Guendouzi over reacted a bit tho

Not sure about that from Guendouzi…didn’t look a great deal of contact.

Guendouzi bro your a baller but allow it man

Guendouzi definitely dressed it up. A lot. #Arsenal

However, there are other Arsenal supporters who weren’t quite as hard on the 20-year-old. They have criticised him, yes, but they haven’t been anywhere near as fierce.

They admit that Guendouzi did overreact and make the incident look worse than it actually was, but there’s not the same level of admonishment as in the previous tweets.