Owen fires retort at Morgan for his Ozil put-down 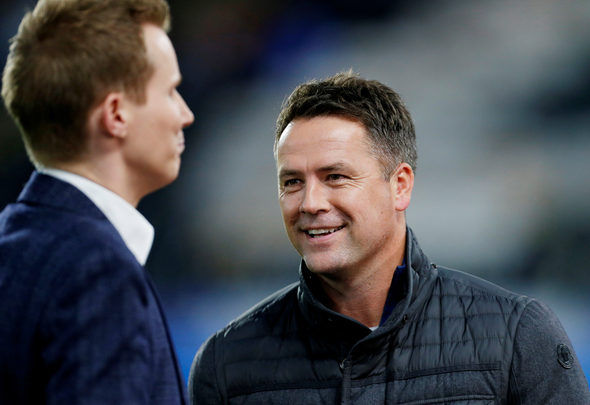 The journalist and broadcaster, and Gunners super-fan to boot, laid into the German for his performance in Monday night’s 3-1 win over West Ham United.

But Owen wasn’t having any of it: “I told you that many years ago and you ridiculed me,” he wrote on his personal Twitter account.

That was in reply to Morgan’s extravagantly-worded put-down of the 31-year-old: “Ozil is a lazy useless gust of massively expensive footballing flatulence. #WHUARS.”

I told you that many years ago and you ridiculed me.

Has the time come for Ozil to be moved on?

Monday certainly felt like it represented the nadir of many Arsenal fans’ dissatisfaction with Ozil. Freddie Ljungberg’s team were woeful for much of the game at the London Stadium, and Ozil’s failure to launch the attack into life was a big reason for that.

The former Real Madrid man even wasted the game’s best chance prior to Angelo Ogbonna opening the scoring, as he inexplicably headed over the West Ham bar from point blank range.

Looking for an Arsenal Gift? Take a look at the dedicated Arsenal Fan Gifts site for the latest reviews, shopping advice and links to the best products in the market. With new items are added daily, reviews are helpful and informative this should be your #1 destination. They have everything from the latest and classic Shirt as well as memorabilia, toys and gifts.

The statistics show that he did next to nothing on Monday. As per WhoScored.com, Ozil was dispossessed three times – the second highest tally of any Arsenal player – while he had two unsuccessful touches as well. The German also failed to register anything across all defensive statistical categories, with a WhoScored rating of 6.41 summing up his ineffectiveness.

On Monday night’s evidence, the time has undoubtedly come for Ozil to be given the boot. The only question is, would anyone take him?