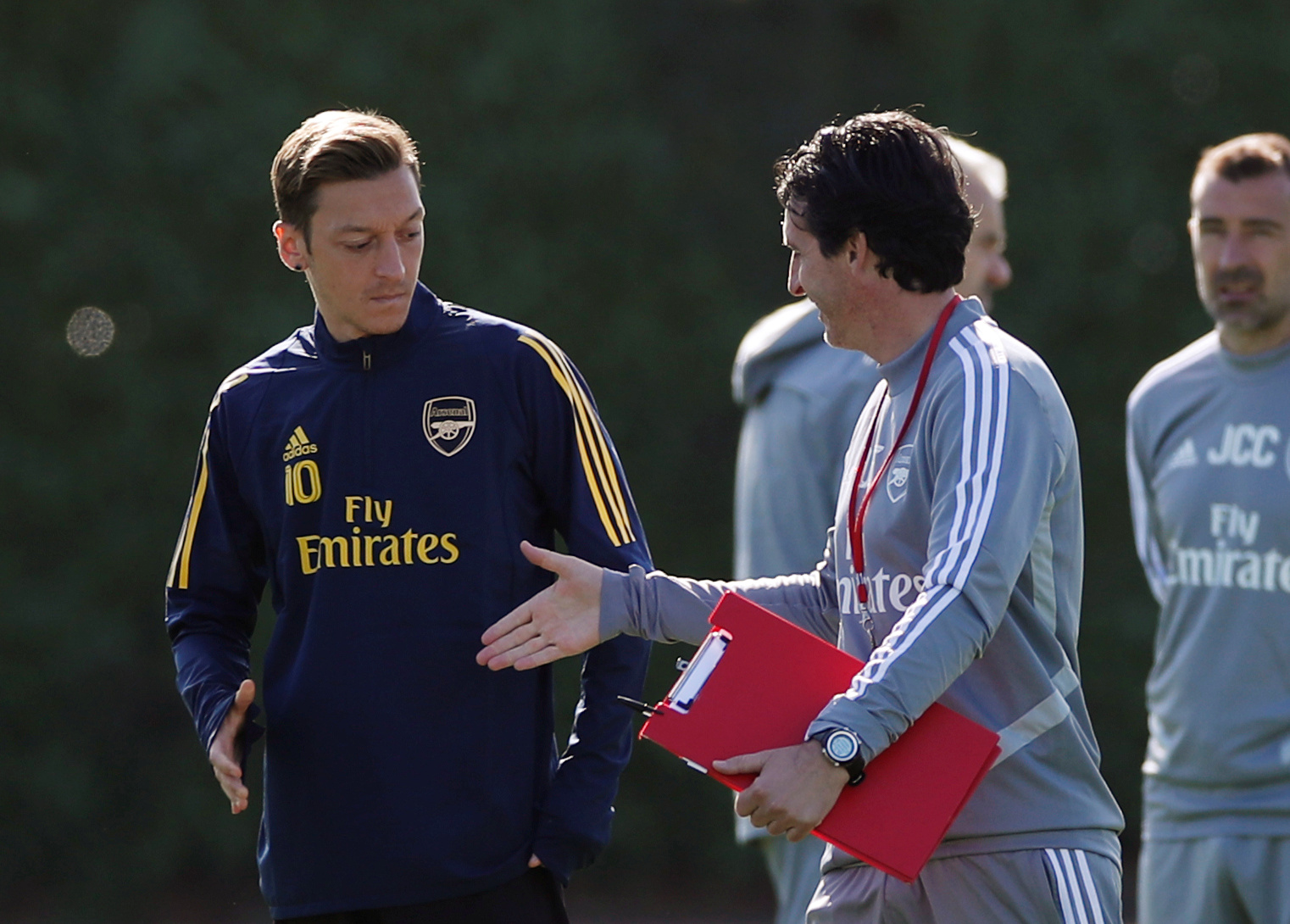 Mesut Ozil took it upon himself to go and visit Unai Emery in his office when news broke of the Spaniard’s dismissal by Arsenal, according to The Athletic journalist David Ornstein.

The pair were understood to have a fairly tumultuous relationship during the 48-year-old’s tenure in north London, but it is understood that the playmaker still saw fit to express his condolences to the manager in person.

Writing in a piece for The Athletic, Ornstein said: “Once the news was delivered to Emery by Arsenal’s executive team, it is understood all of the first-team squad present at the club’s London Colney training ground visited the Spaniard in his office — and that included Mesut Ozil, regardless of any previous differences between the pair.”

What now for Ozil at Arsenal?

First of all, it’s good to hear that Ozil and Emery parted on amicable terms.

It was clear for a long time that the pair weren’t seeing eye to eye, but hopefully they were able to bury the hatchet and resolve that their differences were professional only.

From Ozil’s point of view, however, this could be the catalyst needed for him to spark some life back into a career that has meandered for too long in north London.

Nobody can question his ability, and on his day, Ozil is still a quality player.

Even this season, when he has been limited to just six Premier League appearances, we have seen flashes of his talent, with 2.5 key passes per game, as per Whoscored.

Hopefully with a decent and prolonged run in the side, he can begin to do that.