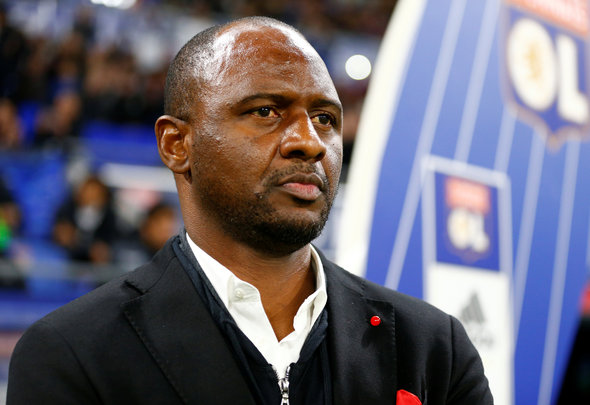 Former England international Danny Murphy has called for former Arsenal captain Patrick Vieira to be given the vacant manager’s position at the Emirates Stadium.

Indeed, the Match of the Day pundit wants the 43-year-old to be assisted by another Gunners skipper of old, current Manchester City no. 2 Mikel Arteta.

Vieira is currently in-work at Ligue 1 side OGC Nice, but Murphy feels the recent success enjoyed by Ole Gunnar Solskjaer at Manchester United is evidence of the impact former players can have when in charge at their old clubs.

“Eyebrows were raised when Ole Gunnar Solskjaer turned up at Old Trafford a year ago but he has turned into something of a trailblazer,” he wrote in his Daily Mail column.

“Club legends are all the rage now, with Frank Lampard doing well at Chelsea — notwithstanding Saturday’s 1-0 home defeat by Bournemouth — and Freddie Ljungberg and Duncan Ferguson being asked to mind the fort at struggling Arsenaland Everton.

“Football can be cyclical with its trends so I wouldn’t be surprised if Patrick Vieira was an attractive option at Arsenal now. It would be a good move, particularly if he can get another former Gooner, Mikel Arteta, to move from Manchester City to assist him.”

Is Murphy onto something here?

Firstly, it seems that Murphy is exaggerating the success that Solskjaer has had at Man United. It was only a few weeks ago the masses were calling for his head, so he’s not suddenly Sir Alex Ferguson part two.

However, the recent success of the Norwegian, coupled with that of Ferguson at Everton and Lampard at Chelsea, is enough to suggest that Vieira – who’s had more managerial experience than any of the latter two before they got their big jobs – could be a success at Arsenal.

Having said that, his Nice team are only 13th in Ligue 1 at this moment in time, although they did enjoy an admirable 7th place finish under him last season.

Would Arteta really swap being a number two under Pep Guardiola at City, where he seems destined to succeed the Spaniard, to take up the same post at Arsenal where he’d likely have to wait longer before becoming the main man, though? Probably not.

Otherwise, this isn’t a bad idea from Murphy.