McNicholas: Pepe must be accommodated 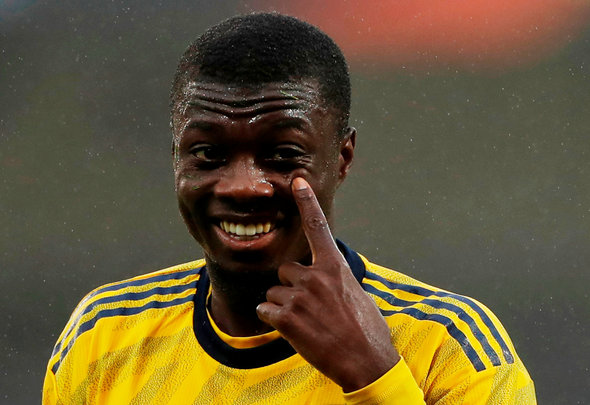 Arsenal must appoint a manager who is willing to find a way of maximising the potential of record signing Nicolas Pepe, according to the Athletic journalist Jamie McNicholas.

The wide man has struggled to make an impact since arriving in England for £72 million over the summer, and has started just eight out of the Gunners’ 14 Premier League matches so far.

But McNicholas believes that must change under a new manager, whoever that may be.

Writing in a piece for The Athletic, he said: “Right now, Pepe isn’t an obvious fit for the tactical plan.

“When a club with Arsenal’s budget spends £72 million on a player, the plan should be built around them.

“As they consider potential candidates for the head coach position, a strategy for maximising the impact of the most expensive player in the club’s history should surely be a factor.”

At the moment, as harsh as out may sound, Pepe seems to be a very, very costly mistake for the Gunners.

The Ivorian certainly hasn’t nailed down an indispensable role in England, and as a result, that £72 million is beginning to looks like a colossal waste of money.

That being said, just because he was that expensive, he should not be guaranteed a starting spot.

But there has been enough in his game so far this term to suggest that he deserves a decent run in the first XI.

The winger has averaged 2.3 shots, 1.4 key passes, and 3.2 successful dribbles per match in the Premier League this term, as per Whoscored, and for a side that have often looked lacklustre and bereft of ideas, his spark could prove to be a really positive thing.

Accommodating Pepe shouldn’t be the only priority at the Emirates, but it should definitely be high on the to-do list.