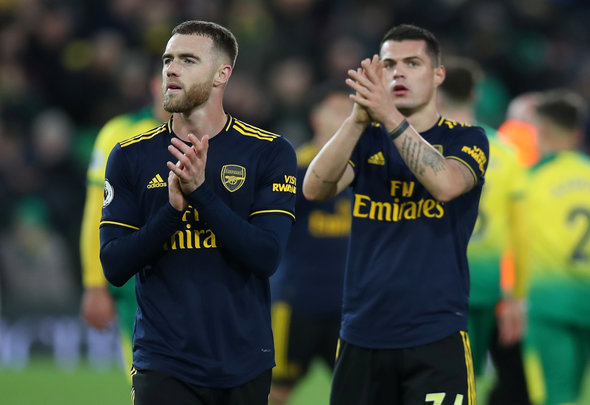 The former Southampton man was one of a clutch of players who were criticised for a video which emerged on the Gunners’ social media accounts – recounted here by talkSPORT – showing them walking past a ballboy and failing to acknowledge him on Sunday.

Chambers took to his personal Twitter account on Tuesday to set the record straight, saying: “The cameras sometimes only show one side of the story. It’s always great to meet our Junior Gunners mascot in the dressing room before every match. We hope Billy had a great day at Norwich on Sunday and it was a pleasure to meet him.”

However, the photos of Billy with the Arsenal players seemingly wasn’t enough for Roberts: “After you totally blanked him walking to the dressing room,” he replied to Chambers’ post on his own Twitter account.

After you totally blanked him walking to the dressing room

You know that popular meme of Grandpa from The Simpsons yelling at a cloud? Yeah, that’s kind of what Roberts has become. He seems to have a problem with everything and everyone.

We regularly see him railing against critics of his beloved Spurs and their former manager Mauricio Pochettino, adamant to the last that the Argentine wouldn’t be sacked.

Now it seems that he has got well-meaning Arsenal players in his sights. Yes, it wasn’t a good look for the Gunners when the video came out seemingly showing the players completely ignoring a young ballboy.

However, social media doesn’t always tell the full story, something Chambers has made clear here. Yet, despite a heart-warming set of photos, Roberts has still had a pop at the 24-year-old.