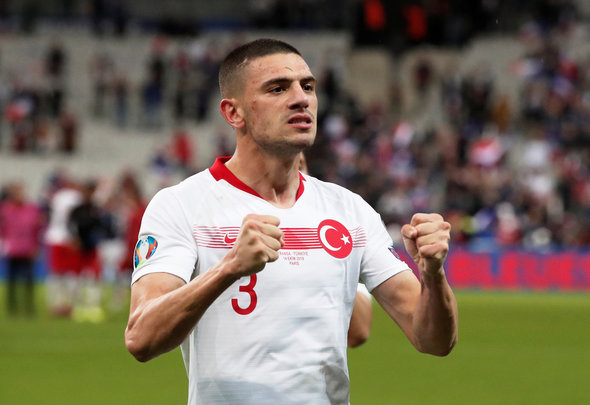 Arsenal are prepared to sacrifice long-time Gunners right back Hector Bellerin in a swap deal for Juventus centre back Merih Demiral, according to Calcio Mercato.

The Italian outlet claims that the north London giants could offer up the Spaniard, a veteran of 187 appearances for the club [Source: Transfermarkt], in order to land the Turkey international.

Bellerin is thought to have a similar price tag to the 6ft 2in centre half [Source: Transfermarkt], who has struggled for game time since joining the Italian champions last summer.

However, Manchester United and AC Milan are both also interested in signing the 21-year-old, but Bellerin’s high standing in Turin could see the Gunners get the edge.

Is this a deal worth doing?

Ideally you’d simply want to sign Demiral without offering anything up in return. However, there is a sense that Bellerin hasn’t quite fulfilled his potential at the Emirates Stadium.

Having said that, Freddie Ljungberg’s side don’t really have too many other options at right back if the Spaniard were to be sold. Calum Chambers’ limitations were exposed against Norwich City on Sunday, while Ainsley Maitland-Niles is a midfielder by trade.

Demiral in general, though, would be a terrific signing. He just might be the commanding centre back Arsenal have lacked for many years now. He’s barely played this term, but the statistics from his time at Sassuolo and Alanyaspor suggest he could be the business.

So Demiral sounds like a fantastic potential signing, but perhaps Arsenal should simply try to buy him, rather than losing a key man in Bellerin in exchange.