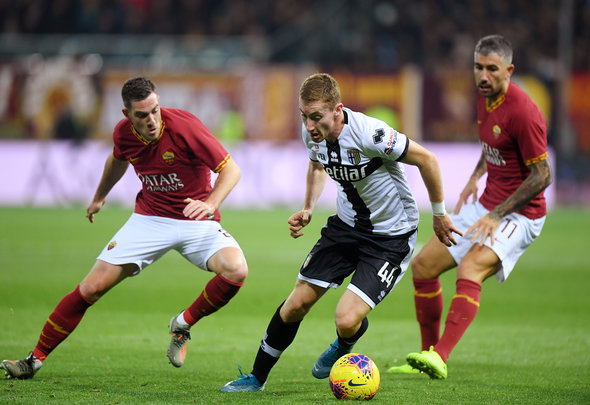 Arsenal are keeping tabs on Parma’s on-loan Atalanta winger Dejan Kulusevski, who is rated at £42million, according to The Sun.

The newspaper claims that the Gunners are joined by their Premier League rivals Manchester United in monitoring the Sweden international.

The 19-year-old was available for £8.5million last summer, before he was sent out on loan, but his sensational form in Serie A has seen his value rise by £33.5million.

Both top flight giants have sent scouts to watch the teenager recently, while the player’s agent is thought to have already met with clubs ahead of a switch next summer.

Atalanta are preparing to cash in on the youngster once he returns from Parma at the end of the campaign.

Is Kulusevski what Arsenal need?

A new winger is hardly the Gunners’ most pressing need, is it? Why are they not being linked with a mega move for Kalidou Koulibaly, Milan Skriniar or Jose Maria Gimeneze, a top class centre half to fix their problems at the back once and for all?

Failing that, why not go and get a world class midfield destroyer? A right back, then? A box-to-box midfielder? No, another attacker. Oh, OK then.

That just seems bizarre, and it’s as if they’ve failed to learn their lesson from getting Nicolas Pepe rather than a centre half last summer. It’s not that Kulusevski isn’t a good player or a positive signing, it’s just that the team have far bigger holes to fill.

The statistics show that he is a very talented young man. As per WhoScored.com, he has scored three times and bagged five assists this term. Furthermore, he is averaging 1.5 shots, 2.3 key passes and 2.2 successful dribbles per game.

So he is a good player, just maybe not what Freddie Ljungberg’s side need right this second.