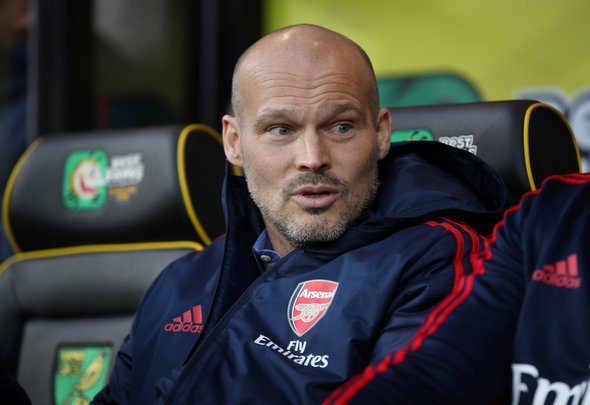 Arsenal cannot afford to pay the wages of Europe’s elite managers and so may be forced to pick from an unproven duo, according to the Daily Mail.

That may mean the north London giants turn to one of Freddie Ljungberg or Manchester City assistant Mikel Arteta, both unproven as first team managers.

The combination of compensation and salary also likely puts Brendan Rodgers and Nuno Espirito Santo out of the Gunners’ reach.

How are Arsenal going to progress without a top manager?

This is the big question on every Arsenal fans’ lips at the moment. Arsenal are a massive club, one of the very best in England and in Europe, but if they can’t compete with their rivals financially then they’re doomed.

It’s going to impact their ability to sign top players and, it seems, to attract elite managers as well. Allegri, Pochettino and Ancelotti will ask for top dollar, as they should, but that could see the Gunners priced out of a move for someone who could transform their club.

It seems more and more likely, then, that they’ll have to go for an unproven boss like Ljungberg or Arteta. Both men likely have big futures in management, but the job is too big for them right now.

Arsenal need a proven, top class manager, but it doesn’t seem like they’ll be able to attract one. That spells trouble for the Emirates Stadium side.