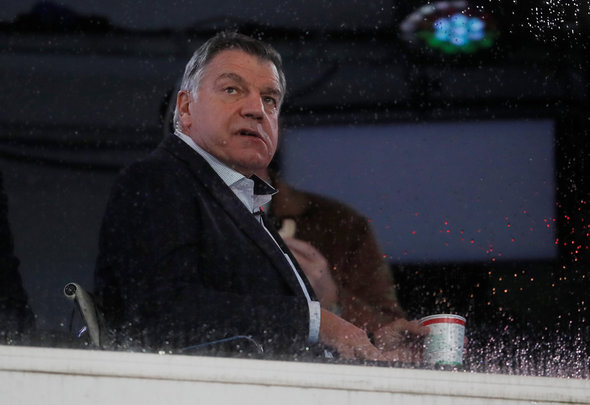 Veteran manager Sam Allardyce has said that he would take the Arsenal job, despite him labelling it a ‘crisis management’ position.

The Gunners are still looking for a replacement for sacked boss Unai Emery, with interim chief Freddie Ljungberg having failed to generate a response from the players.

Allardyce hasn’t really been mentioned for the post, but he’s thrown his hat in the ring anyway: “Would I take Arsenal? Of course you’d take Arsenal,” he said on talkSPORT.

“I’m never going to be in the frame though, Alan, don’t worry about that. I’m not fashionable enough for Arsenal. The way it’s been portrayed with me as a manager wouldn’t be associated with Arsenal as a football club.

“This time of the year, when you’re asked to step in, it’s crisis management.”

“I’d take the Arsenal job but I’ll never be in the frame!” ?

“I’m not fashionable enough due to the way I’m portrayed.” ?

Sam Allardyce says he’s got what #Arsenal needs but admits they’d never look at him! pic.twitter.com/gX1vd11da3

Does Allardyce bizarrely have a point here?

Honestly, there’s not a lot to disagree with here. He’s right that he won’t be considered for the Arsenal job, and that’s probably because of both the clubs that he’s managed in his career and the style of football he’s employed.

The Gunners are a massive club, and so they won’t want to go for a stop-gap manager like Allardyce. He’s done a good job pretty much everywhere he’s been, though, and he’d certainly shore Arsenal up defensively. Yet he won’t be considered.

Allardyce is also right that it’s a crisis management job at the Emirates these days. The club is in turmoil, and they risk falling down the rabbit hole and never returning to their former glory.

It’s not that Allardyce would necessarily prevent that, but is Mikel Arteta really a much better candidate than the former England boss? Maybe in the long-term, but certainly not as a short-term fix.