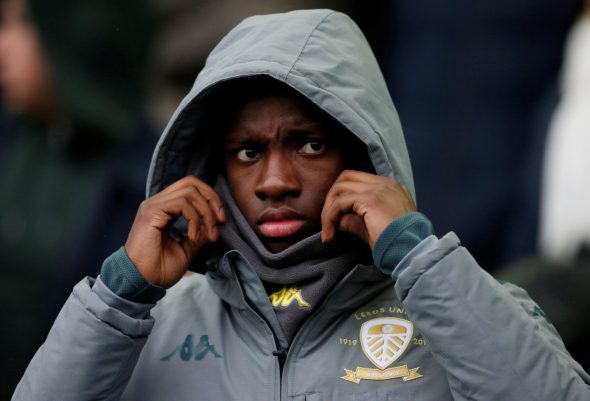 Arsenal youngster Eddie Nketiah couldn’t have wished for a better start to life at Leeds United when arrived at the Championship club at the beginning of the season.

Having to settle for playing time off the bench, the 20-year-old found the back of the net with ease in games against Brentford, Barnsley, Stoke City, and Preston.

That led for shouts from the Leeds fans for him to come in and start games ahead of Patrick Bamford, something that failed to materialise in West Yorkshire.

Fast-forward a couple of months, and the Gunners’ prospect has been sidelined for a number of games through injury, and that has no doubt halted his progress.

Arsenal have the option to recall Nketiah in January, and despite Leeds having no say over his injury, it appears Unai Emery is not exactly delighted with the way things are going.

Football Insider have reported that Arsenal are having growing doubts over the future of Nketiah at Elland Road, mainly over concerns surrounding his playing time.

The reputable football outlet claim on their website that the Gunners are keeping close tabs on the forward, who has played well below the number of minutes he was expected to have been given at Elland Road under Marcelo Bielsa.

Should Leeds not throw Nketiah straight back into the action when he is fully fit, they could risk losing the Arsenal starlet – something that could jeopardise their promotion hopes.

Tuesday night saw them earn their fourth win on the bounce and top spot in the Championship. Bamford has started to find the back of the net in the last month, and that could be bad news for Nketiah and Arsenal.

Leeds could force Arsenal’s hand in the January market, and given Bamford’s form in front of goal, it is hard to see any path back into the starting line up for Nketiah between now and January – something which could see him recalled.