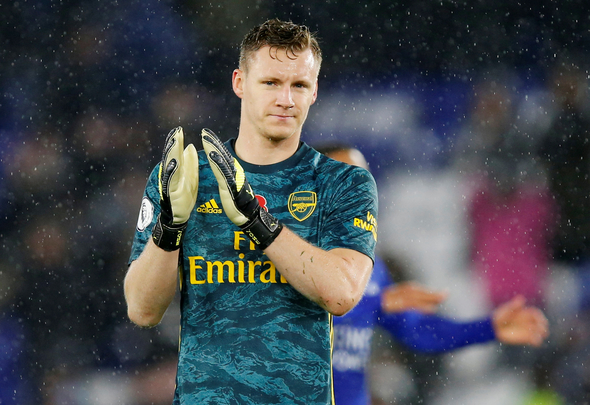 Arsenal goalkeeper Bernd Leno had to pick the ball out of his net twice on Saturday after his side only managed a 2-2 draw with Southampton.

The German goalkeeper may have registered his first penalty save as a Gunners keeper, but it wasn’t enough to stop a struggling Saints side earning a point.

In fact, the Gunners nearly suffered a loss but Alexandre Lacazette managed to spare his side’s blushes by popping up with a goal in the 96th minute.

Many Arsenal fans opted to share how they thought Leno deserved better from his teammates, with several opting to take to Twitter to reveal they felt sorry for him.

Arsenal does not deserve Leno

Leno is such a good keeper. It’s being overshadowed by our results but he can go to the top. #ARSSOU

Some Arsenal fans particularly thought Leno was let down after saving the penalty, as several pointed out that the club’s defenders didn’t do enough to stop James Ward-Prowse firing home the rebound.

The defenders did let Leno down there, they held back after the save.

It was a good penalty save Leno can hold his head up high honestly.

Leno has played 13 times for Unai Emery’s side this season and has kept two clean sheets while conceding 19 goals in the process.

Does Leno deserve to be defended?

Yes, quite honestly he has a very difficult job and that’s because of his teammates not pulling their weight in front of him.

In the build-up to the Saint’s forward getting a golden opportunity to test Leno in goal, centre-back David Luiz was looking in completely the wrong direction and was doing nothing to offer Leno any protection.

If this was a rare mistake or error, it could be forgiven, but the Gunners’ defence seem to be more careless than most.

Also when you consider no Premier League keeper has made more saves than Leno this season, he has made an impressive 53 stops this season, it does suggest he’s doing his part to register clean sheets, and that it’s others who are causing the problems. (Source: Premier League)