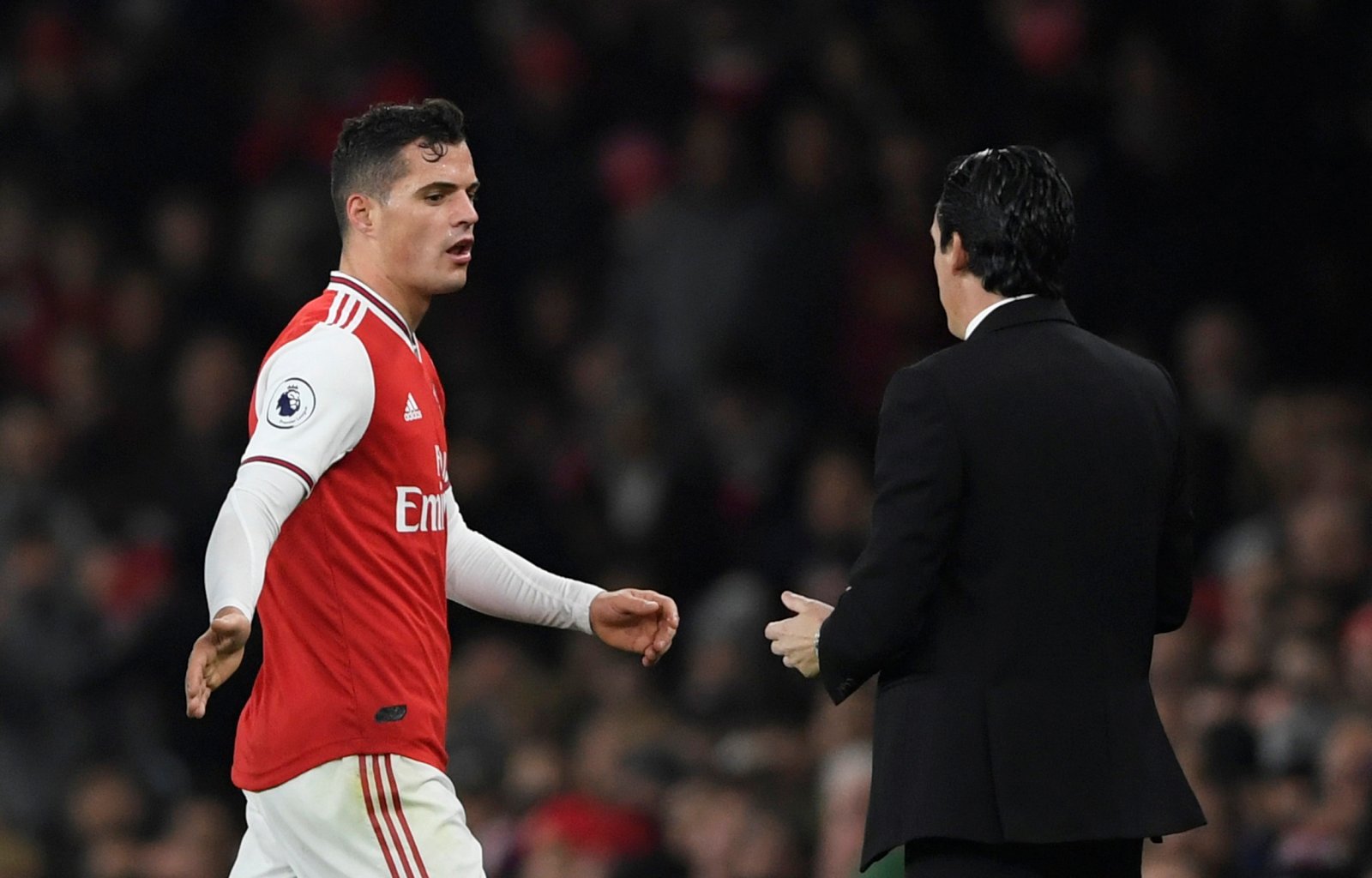 Arsenal must get rid of Granit Xhaka as soon as possible, according to pundit Noel Whelan.

The Swiss international is facing an uncertain future in north London after having the captain’s armband stripped from him following a public falling out with fans after being substituted against Crystal Palace in October.

And BBC Radio Leeds pundit Whelan believes that it is time for him to move on.

Speaking to Football Insider, he said: “I’m not surprised Arsenal are looking for a Xhaka replacement. The sooner they get one in the better, as Xhaka has to go in January.

“That might be on loan, as I can’t see Arsenal getting back the £35m they paid for him.

“He is just embarrassing. I have no sympathy for him. His conduct towards the fans was a disgrace. It shows he’s a big baby.

“If Arsenal can find a buyer or a loan club willing to pay his wages, I would definitely get rid. He must be binned, not just because of what he did, but because he’s been bang average since he signed.”

Is Whelan right about Xhaka?

Whelan certainly isn’t mincing his words here, and even if you don’t agree with the extent of his opinion, it’s hard to argue with the fact that Xhaka may not have a future in north London.

The midfielder has always been a fairly tempestuous character, as exemplified by his 29 yellow and two red cards in 108 Premier League appearances, as per the league themselves, but as soon as that natural aggression spills off the pitch and results in feuding with fans, he is always going to be in trouble.

That’s not to say that he hasn’t had to endure a lot of stick from certain factions of the fanbase, some of which has definitely been unjustified, but nonetheless, it was always going to be a long way back for him.

As Whelan alludes to here, things aren’t made any easier by Xhaka’s lack of form either.

Playing that poorly, with the fans on his back, it could well be time to look for a new challenge elsewhere.