Torreira unhappy with how Emery is playing him, considers exit 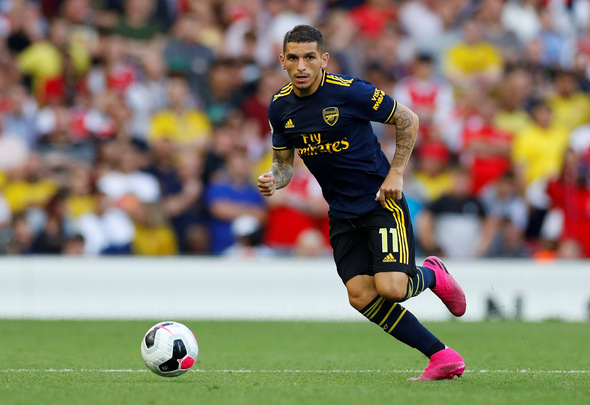 Lucas Torreira could leave Arsenal on an 18-month loan deal in the New Year amid interest from AC Milan and Napoli, according to the Sun.

The newspaper claims that the 23-year-old midfielder is considering his options ahead of the January transfer window after being left unhappy with Unai Emery for playing him in an “unfamiliar role”.

It is understood that any temporary deal in the winter would include an obligation to buy clause, meaning that there would more than likely be no way back at the Emirates for Torreira should this materialise.

Everyone knows that Torreira is a good player.

He impressed in spells at the Emirates last season and was a mainstay of Emery’s side, starting 24 fixtures in the Premier League.

However he has since fallen out of favour slightly, with just four league starts to his name so far this term and the bulk of his game-time coming in either domestic cups or the Europa League.

Torreira’s form is definitely faltering but with there being pressure on Emery to save his job at Arsenal, there’s every chance that the Uruguay international will come good once again if the Frenchman does end up getting sacked.

But would Arsenal miss the former Sampdoria man?

They would certainly need to replace him.