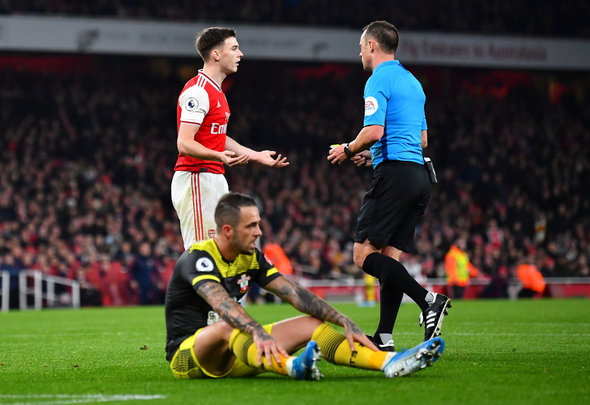 Former England international Alan Shearer has laid into Arsenal left back Kieran Tierney for his sloppy performance against Southampton on Saturday.

The summer signing formed part of the Gunners team that stumbled to a last gasp 2-2 draw with the lowly Saints at the Emirates Stadium, and Shearer certainly wasn’t impressed.

Was Tierney as bad as all that?

This wasn’t a particularly strong performance from any of the Arsenal players, particularly the defenders. In the end, they were rescued by the lethal finishing of Alexandre Lacazette, but Tierney and co. have to hold their hands up to what was a woeful display on their end.

The statistics show that the Scotland international was pretty ineffectual against Ralph Hasenhuttl’s side. As per WhoScored.com, he made only one tackle, one interception and one block, although he did have four clearances.

However, he was dispossessed once and had three unsuccessful touches of the ball. Furthermore, he made two fouls and achieved a WhoScored rating of just 6.14.

The 22-year-old is still young and is adapting to a new league and a new team, but this wasn’t the Tierney we saw at Celtic. He really needs to up his game as soon as possible.