Redknapp claims Arsenal will be eyeing Pochettino after Tottenham sacking 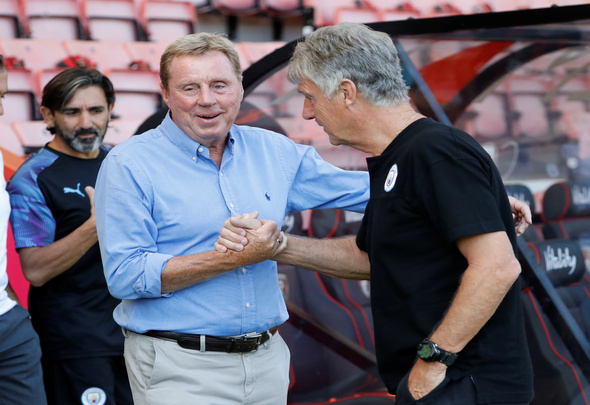 Harry Redknapp has suggested that Arsenal could be eyeing up Mauricio Pochettino after the Argentine was sacked by Tottenham on Tuesday night.

Spurs have moved swiftly to axe the 47-year-old and replace him with former Chelsea boss Jose Mourinho ahead of their London derby showdown against West Ham at the weekend.

Now that Pochettino is available, there have already been fans and pundits speculating about where the ex-Southampton boss might head to next.

And with Unai Emery under pressure at the Emirates, Redknapp has suggested that Pochettino could be piquing the interest of the Gunners board.

“With Pochettino going from Tottenham, there will be one or two Premier League managers waking up this morning thinking, ‘oh my god, this ain’t too clever’,” the ex-Spurs boss told talkSPORT.

“And there will be one or two chairmen very excited this morning thinking if there’s any way they could get him in. What a signing he’d be.

“There are clubs in London who are having a terrible time. Why shouldn’t he go to Arsenal if he wants to? You think the Arsenal fans wouldn’t love him there?”

Redknapp added: “It can happen, as long as you can do the job. I would have thought Arsenal will be looking at Pochettino now thinking, ‘could we? Can we?’”

If you take away the fact that Pochettino spent five years in charge of Tottenham, you would have to say that the Argentine would be an amazing appointment by Arsenal if they do decide to get rid of Emery.

However, as much as the Gunners might want the former Espanyol boss, would he really be so willing to head to the Emirates and take charge of Tottenham’s most bitter rivals?

Of course, stranger things have happened but Pochettino just does not seem to be the type of man to do that.

Although Arsene Wenger actually won silverware at Arsenal, imagine if he went to Tottenham and imagine the fury that would cause.

Pochettino’s legacy at Tottenham has been slightly stained by the events since the Champions League final. He won’t want to tarnish his reputation any more.