Keown calls for Pochettino at Arsenal 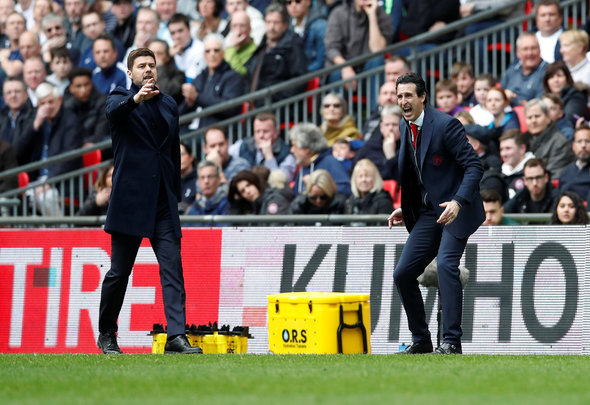 Former Arsenal defender Martin Keown has thrown out a controversial name the Gunners should be looking at as their next manager.

Keown believes that pressure is seriously starting to build on Unai Emery at the Emirates Stadium, and he has already turned his eye to who could replace the Spaniard.

“There’s no need to panic at Arsenal, we are getting close to panic by the way, because we’re not having the best of seasons, but the powers that be at the top of the club should be seriously considering [Mauricio] Pochettino,” he told the Daily Mail.

“I have a lot of admiration for what he did at Tottenham, the way he nurtured those young players and he didn’t spend a great deal of money. I don’t think Tottenham spent enough.

“I would have stayed with Pochettino. I think he deserved that. I think it’s a hugely significant sacking. You’re going to have managers now looking over their shoulders.

“There will be a lot of chairmen looking at him now. Manchester United wanted him this time last year. I think Arsenal would have to be interested if they want to take a step forward.”

Could Arsenal really get Pochettino?

Obviously Pochettino is a top class manager and would be a fantastic appointment for any team in the world, including Arsenal. However, it’s simply not going to happen.

The Argentine has said as much himself, telling the Evening Standard last year that: “I am never going to be manager of Barcelona or Arsenal because I am so identified with Tottenham and Espanyol.”

Plus Sky Sports reported almost as soon as Pochettino was dismissed by Spurs that he was being seriously considered for the vacant Bayern Munich job.

Now, would you rather manage Bayern or Arsenal? Don’t answer that, there’s no need. So the Gunners would be competing with plenty of other top teams for his services, as well.

So while Pochettino would no doubt improve Arsenal and would almost certainly do a better job at the Emirates than Emery has been doing, but it’s just not going to happen, is it?