Collymore wants Simeone in at Arsenal 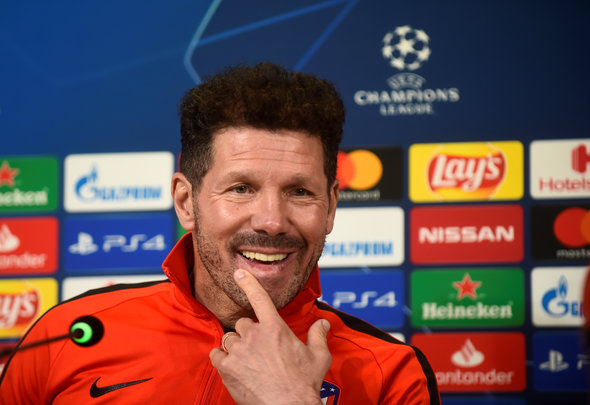 Former England international Stan Collymore has urged Arsenal to double the wages of Atletico Madrid manager Diego Simeone to bring him to the club.

Current Gunners boss Unai Emery is under huge pressure at the Emirates Stadium, and Collymore feels he must be replaced by a proven winner in Simeone.

“The Arsenal board should now be testing Diego Simeone’s ambition and offering him the chance to test himself against [Jurgen] Klopp, [Jose] Mourinho and Pep [Guardiola],” he wrote in his Daily Mirror column.

“Forget going to Germany or Italy for a new manager, with Simeone they have a chance by saying, you have plateaued, eight years in Madrid, we will double your wages, we can parachute you in to compete against Mourinho, Klopp, Pep. They should – with permission – send the owners over to meet him and say: We know you don’t really fancy leaving Madrid, but here is a vision for you of the potential of Arsenal Football Club.”

Would Simeone be the right fit at Arsenal?

If Arsenal want a serial winning manager who has build a relatively middling club up into a true European heavyweight then Simeone is the man for them. Regardless of whether he’d want to leave Atletico for them or not, the club’s board have to meet with him and really sell him a vision of what the Gunners can become under his watch.

He might say no, but it’s absolutely worth asking the question, especially as they seem to be going backwards under Emery. The Atletico boss has won La Liga, the Copa del Rey, two Europa Leagues, the Spanish Super Cup and two UEFA Super Cups. Those are remarkable achievements, but he’s probably taken his current team as far as they can go.

Emery’s not working, that much is clear. Decisive action is needed, and it doesn’t get much more decisive than appointing one of the five best managers in world football. Simeone is a man who would instantly put Arsenal on a par with Liverpool and Manchester City, at least from a managerial point of view.

Again, he may say no, but if you don’t ask you don’t get.