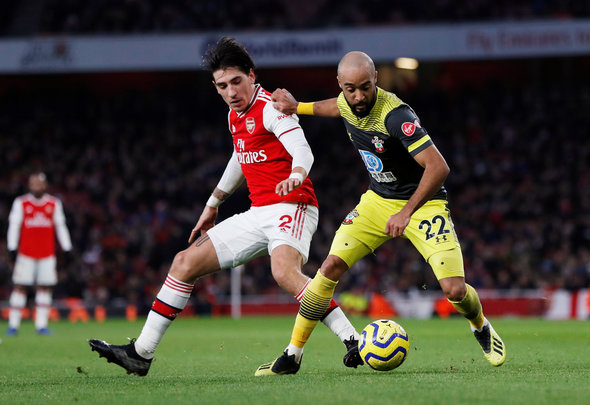 The Spaniard is widely regarded as one of the better players Unai Emery has at the back, but Cascarino feels he is just as bad as some of his teammates.

Is Cascarino being too harsh?

Defending isn’t Bellerin’s forte, we know that. He is one of those right backs, a bit like Trent Alexander-Arnold, who is better going forward than he is at the back. Unfortunately he’s not in the England international’s class in either category.

However, he isn’t as shocking as Cascarino suggests, and certainly isn’t the worst of the Gunners’ defensive offenders. People like Luiz, Sokratis and even Kieran Tierney against Southampton on Saturday were more to blame than Bellerin for Arsenal’s struggles.

Having said that, the statistics show that he doesn’t do enough defensively. As per WhoScored.com, the 24-year-old is averaging 1.3 tackles, 0.5 interceptions, 1.3 clearances and 0.3 blocks per game.

He should be making more interceptions and blocks than that, there’s little arguing with that. Meanwhile, he is being dribbled past at least once an outing, despite his blistering pace.

So he could certainly improve on his defensive capabilities, but he’s far from the main problem at the Emirates Stadium.