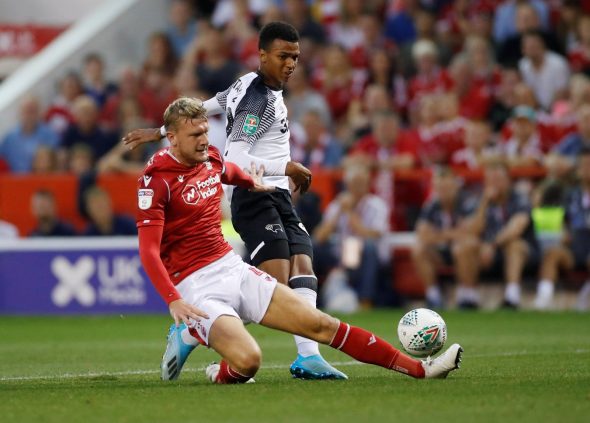 Arsenal have joined the hunt to sign Nottingham Forest defender Joe Worrall in the January transfer window, according to Football Insider.

The reputable football outlet claim on their website that the 22-year-old is on the radar of the Gunners, who could make an approach for the defender after an impressive start to the season in the Championship.

Football Insider report that Arsenal scouts are set to travel to Nottingham Forest’s clash against Queens Park Rangers on Wednesday evening at Loftus Road to further assess the defender who spent last season on loan at Rangers.

It is suggested that Unai Emery is in the market for a new defender at the Emirates Stadium in an attempt to fix his side’s problems at the back in the Premier League.

Would Worrall be the answer?

The January signing of Worrall would hardly be inspiring for Arsenal fans.

Gunners’ fans will be expecting big names to arrive at the Emirates Stadium and a player that is currently plying his trade in the Championship does not fit into the category in the slightest.

The 22-year-old has featured in all 16 Championship games so far this season and has only averaged 0.6 tackles in each outing according to WhoScored, and what Arsenal are screaming out for right now is a hard-tackling enforcer who can lead from the back.

The likes of David Luiz and Sokratis have featured in the Champions League regularly throughout their careers, so to think a young player who has only just cemented his spot in a second-tier side could come in and make a big difference seems ludicrous.

Arsenal should definitely think twice before making a move for Worrall, and should instead target a much-more experienced option to turn their fortunes around.