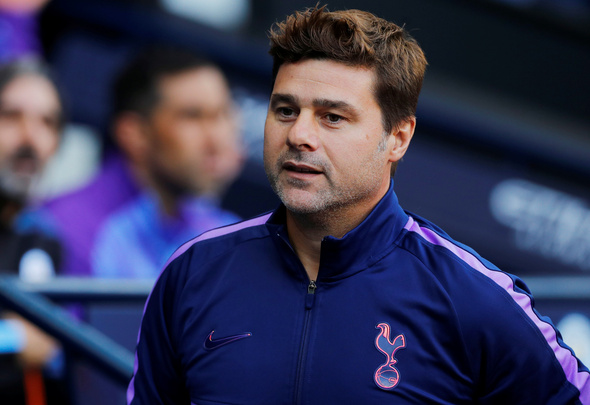 After the sacking of Unai Emery on Friday morning, a number of names have already been thrown into the hat to take over at Arsenal in the coming weeks.

The 2-1 defeat against Eintracht Frankfurt on Thursday evening was the final straw for the Arsenal board, who decided to pull the plug on Emery’s reign before even two years at the club.

The Athletic journalist David Ornstein revealed on his personal Twitter account that Arsenal view Mauricio Pochettino as a credible option to replace Emery, but it is unclear how the Argentine would react to a response from his former North London rivals.

Many Arsenal fans took to Twitter to react to Ornstein’s early update on the hunt, with the majority blown away by the potential of Pochettino moving to the Emirates Stadium.

Some made it their role to persuade the Gunners’ board that they have to do all they can to try and bring the recently-sacked former Tottenham boss to their club.

COME ON ARSENALLLL, MAKE IT HAPPEN ??

Let’s hope the board spend the next couple weeks convincing him.

Could Pochettino really take over?

You can already imagine the reception Pochettino would receive if he was to swap Spurs for Arsenal in the coming weeks, and it would set up a mouth-watering North London derby at Tottenham’s new ground.

The Argentine would be the perfect candidate to take over though and could find himself unlucky to have been sacked by Daniel Levy after what he has achieved in the recent past.

Pochettino established Spurs as a top-four side in the Premier League, and that is what Arsenal need right now after missing out last season under Emery.

More impressively, the South American guided his side to the Champions League final against all odds on a low budget. Taken over at Arsenal, managers will know that they won’t be given the biggest cash pot to spend in the transfer window, so smart signings in the window will be key – something Pochettino has had to do in all of his roles.

The 47-year-old has won 132 of his 256 games in charge in the Premier League, and that sort of winning mentality Arsenal need, all they need to do now is persuade him to put his previous alliances aside [Source: Premier League].