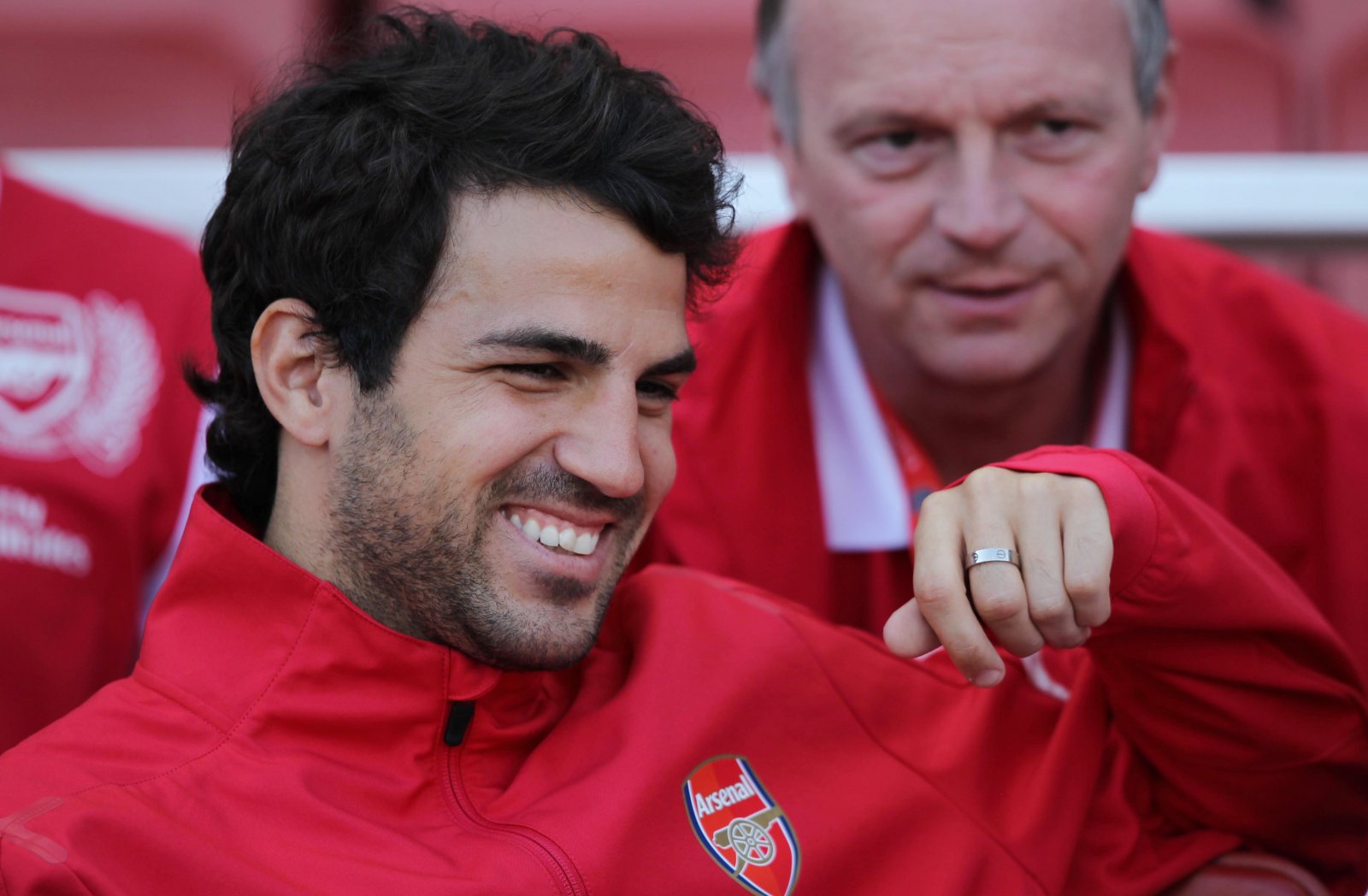 Former Arsenal and Barcelona star Cesc Fabregas has taken to social media to tell TalkSPORT presenter Adrian Durham that he “doesn’t understand the sport at all”. This reaction was sparked by Durham’s failure to include Dennis Bergkamp in his list of the best Dutch footballers to have played in the Premier League.

The radio presenter has been labelled as anti-Arsenal on more than one occasion in the past and this latest claim has provoked Bergkamp’s former team-mate to step in and defend him.

Cesc’s comments have not gone unnoticed by the Arsenal fans and they’ve made their feelings known on social media platform Twitter.

Thank you Cesc! Their anti Invincibles agenda is mad. Trying their hardest to undermine what Henry, Bergkamp, Pires, Vieira & Co did for Arsenal and English football! You played in some of the best teams of all time (Arsenal, Spain, Barca, Chelsea) you should educate these fools

Agreed. His sport is trolling, Cesc.

He just does it for effect Cesc, pay no attention, he lives on attention.

So much love for Cesc. Always sticking up for us and supporting our own like a true fan ?? #oneofus

Everything he says about Arsenal is carefully designed to trigger people into an emotional response, it works well for him and the team and keeps TalkSport’s click revenue ticking over.

Bergkamp was, without doubt, one of the most technically gifted and inspirational footballers ever to play in the UK. You only need to take a look at a highlights reel to understand the mercurial talent of the former Ajax and Arsenal star. Fabregas, who played alongside Bergkamp at Highbury, claimed he doesn’t often listen to the radio and certainly won’t be going to when moving forwards after hearing that soundbite.

Bergkamp won three Premier League titles, a Dutch Eredivisie title, two UEFA cups, four FA Cups and Dutch Footballer of the year twice. The 50-year-old enjoyed an illustrious career at the very top level, therefore, you can understand where Cesc and the Arsenal fans are coming from. Durham went fishing and he’s caught a big one in Fabregas, but unfortunately for the radio presenter, it’s ended in him being told “he doesn’t understand the sport” by one of the most well-respected players of the modern era.