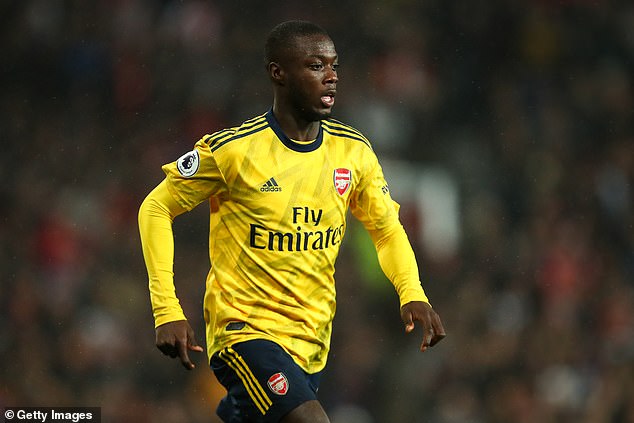 Arsenal winger Nicolas Pepe has reassured supporters that it will not take long for him to adapt after a slow start to life in north London.

The Ivorian was criticised after his performance against Manchester United by pundits and was substituted with just 16 minutes to play for Joe Willock.

After joining the club for £72m from French club Lille in the summer, Pepe has only managed to score one goal in seven games and has not met the expectations of the fans or his price tag.

“My confidence must come back. I’m not worried. People may be worried about my statistics but I’m not.

I have to keep working as the level here is different & so is the language.

It’s a new league for me & I must adapt quickly. But it won’t take very long.” #afc pic.twitter.com/pITG8Vc8v9

Despite his critics, fans were quick to stick up for the 24-year-old and have maintained their support for their star man. One fan felt comforted by the fact that Pepe admitted he’s not playing his best football, while another suggested that he needs to spend more time away from the pitch to settle into London.

All the best we are with you!

Good to hear. At least he knows he’s not been at his best.

@arsenal & @UnaiEmery_ need to have Nicolas Pepe spend more time off the pitch with other squad members. Helping him feel at home in London & gelling with the team as friends will boost his confidence. Spending time with Auba, among others, would be good for him 1/2

At least he acknowledges his performances have been below par

We gat you bro. Keep up the hard work. Coz we the team and Auba needs you to make it happen

Sure, it will. Can’t wait to see the real Pepe.