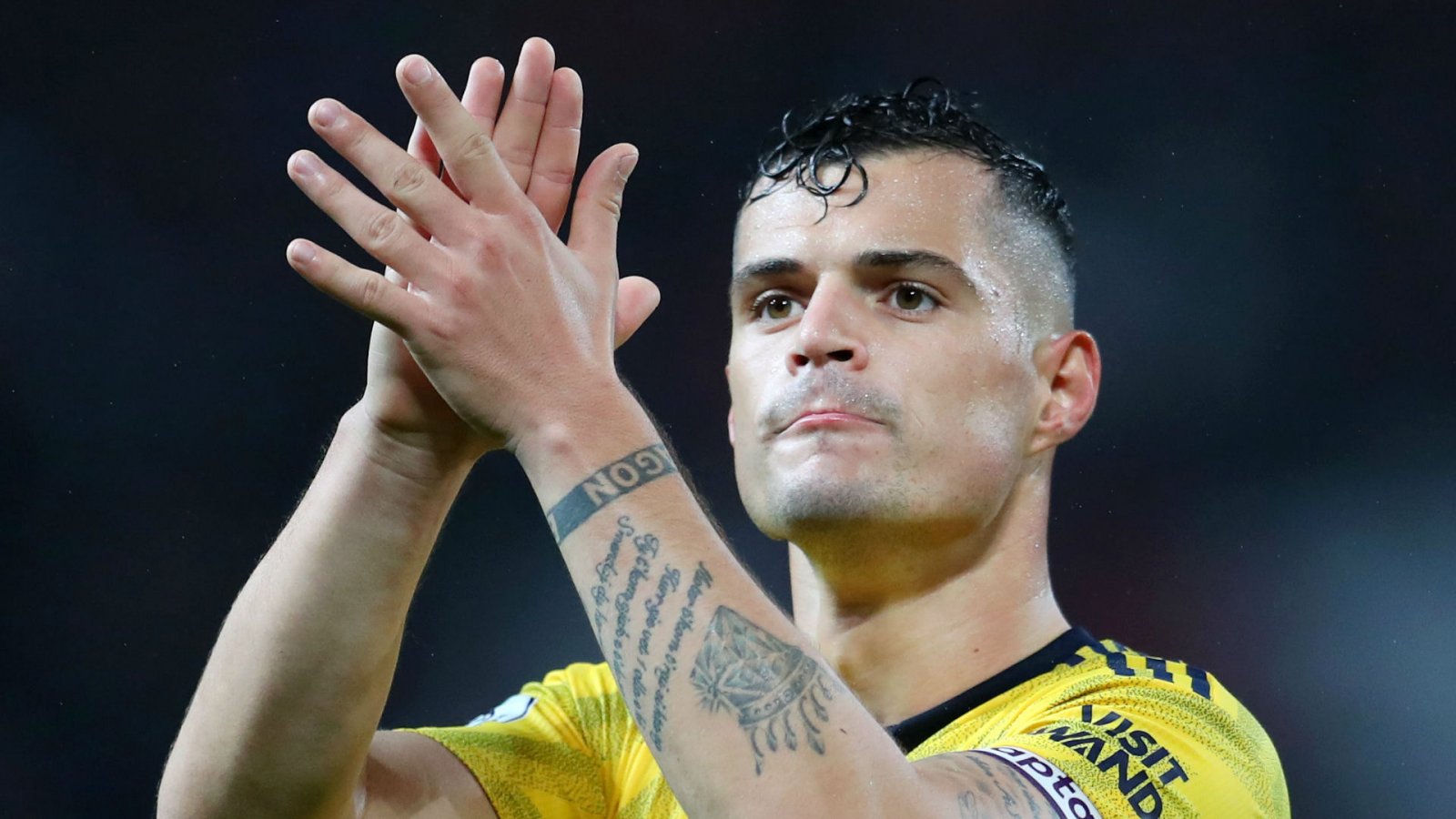 Arsenal were held to a 1-1 draw against Manchester United at Old Trafford on Monday and one player has been the subject of criticism due to his actions during the game.

Granit Xhaka, who has recently inherited the captain’s armband at the Emirates, was accused of avoiding Manchester United’s Scott McTominay’s effort which gave the hosts the lead.

The 27-year-old put his hands behind his back and looked to turn away as the effort came in from the Scotsman. However, the argument is that Xhaka tried to head the ball away as opposed to avoiding contact. (via @TheAFCnewsroom)

Image: Club captain Granit Xhaka ducking out of the way of Scott McTominay’s opening goal of the game. ? pic.twitter.com/WKxcjE3A3S

The Daily Mail reported that fans were laying the blame at the Switzerland international’s door as they believed he intentionally ‘ducked’.

Arsenal fans were quick to defend Xhaka and one supporter believes that it was “complete nonsense” and add that the ball took a deflection before sailing past the skipper.

Here you will find some of the best reactions from Arsenal fans:

He literally motions to try head it. pic.twitter.com/Ey43TKqUA5

Complete nonsense, the ball deflected and it went over him. He initially put his head in line of the ball

Actually can’t deal with “fans” like you. If you watch the replay, it takes a deflection and he try’s to headed it but there’s too much speed on the ball. You are the issue.

I am no fan of Xhaka, but

1. The ball was deflected.
2. Given the angle of the shot, it would not have hit Xhaka anyway.

I REALLY WANNA KNOW WHO REALLY WOULD HAVE PUT THEIR HEAD IN THE WAY OF THAY SHOT !!!!!

Xhaka clearly tried to head the ball but it deflected off Sokratis. HTH ??

— Ozil Xhaka Chambers my favs 1 no matter What (@ZekeGoonerXhaka) October 1, 2019

He wqsnt ducking. His calculation was right. Sokratis deflection took the ball away from his path!!!