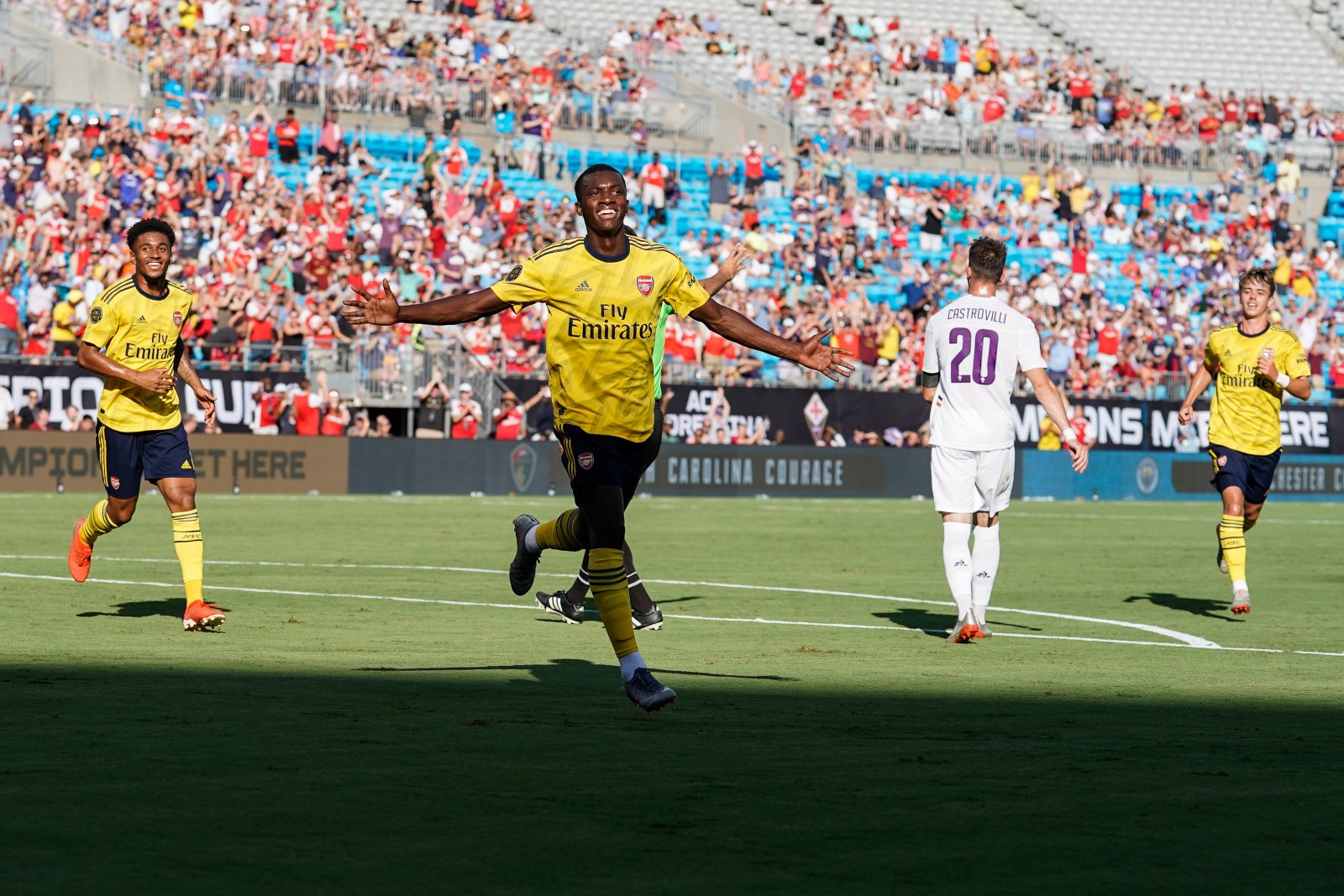 Arsenal’s young striker Eddie Nketiah is hot property this summer as a number of clubs chase his loan signature – one of which is Swansea City, at least according to Wales Online. The news has left many supporters at the club debating on what should happen with the 20-year-old.

It is thought that Unai Emery wants to keep the starlet around this season as third choice striker behind Pierre-Emerick Aubameyang and Alexandre Lacazette but that may hinder his development should he not receive as much game time as expected.

Nketiah has impressed in pre-season which only adds to his first Premier League goal against Burnley on the final day of last season.

Many fans are the club believe the promising ace should be sent out on loan to further his development with one supporter claiming the move would be really good for him as he would get a lot of minutes at Swansea as they have a void to fill following Oli McBurnie’s departure.

Whilst others want to striker to remain at the club this coming season with one Gooner believing there is enough games in the season for him to start, citing the Europa League and the domestic cups.

It would be a really good move for him. They just sold Oli McBurnie to Sheffield United, Borja Bastón now looks set to stay but could still be moved because of his wages, and Courtney Baker-Richardson is incredibly raw. I think Eddie Nketiah would get a lot of minutes.

Would be a good move for him, the coach worked with him at England youth level so know him well

Swansea play good football. He would learn and develop well there for a year then will be ready to be in the team next year

he needs it. Eddie loses his confidence too easily. at the top level, he need regular game time to develop some resillience.

Plenty of games for him to start – at least 8 europa, a couple of games in domestic cups and maybe a few more in league plus sub appearances

We must keep him …he is our third striker