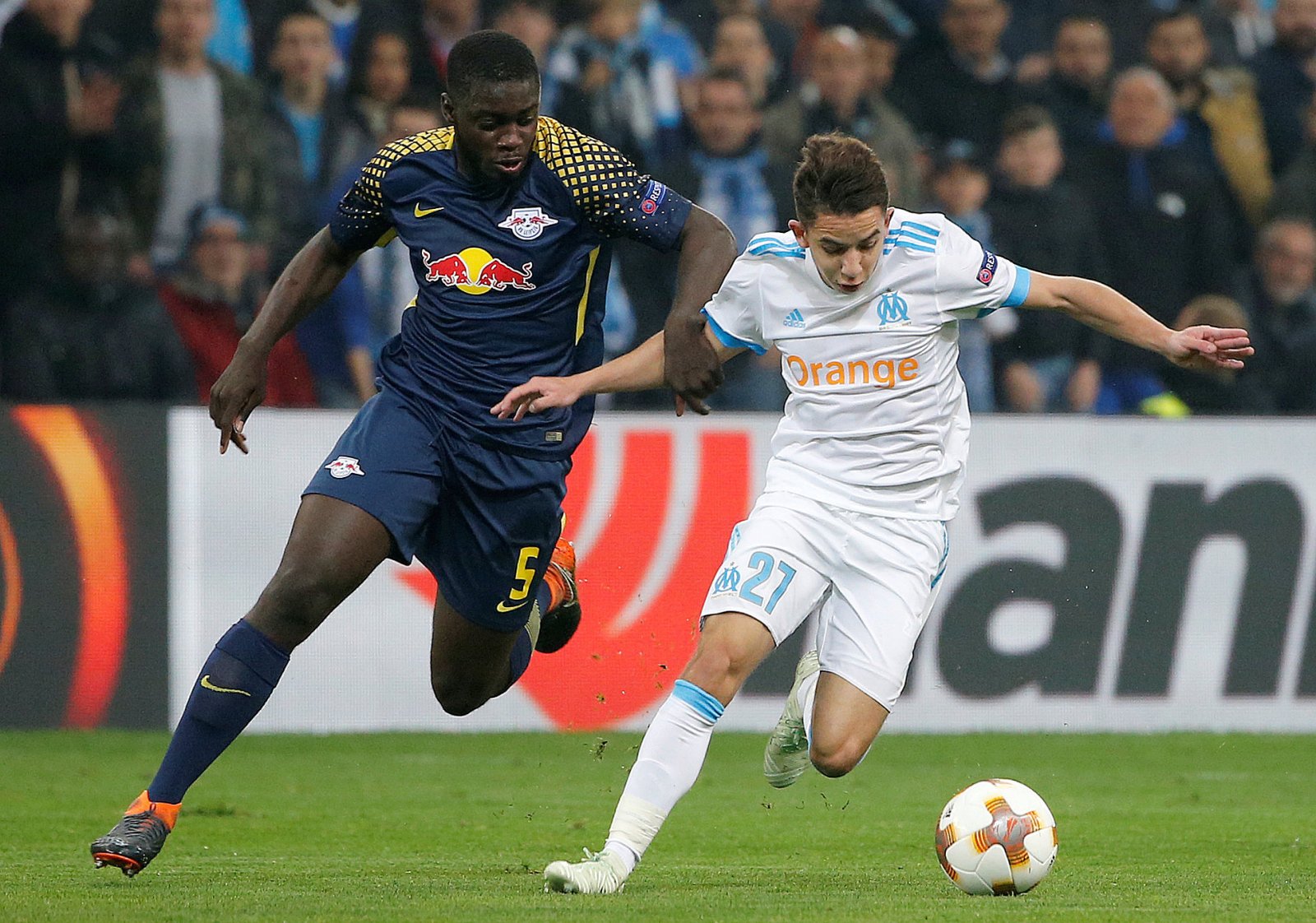 According to German tabloid Bild, Arsenal have had a €60m (£55m) bid rejected for Dayot Upamecano by RB Leipzig which has left many fans at the Emirates Stadium absolutely desperate for the club to do all they can to nab the Bundesliga star before Thursday’s transfer deadline.

Reports following the Europa League final suggested that the young Frenchman would be less inclined to join the club as his current side have qualified for the Champions League this season, though, it appears as if the Gunners hierarchy have tested the waters with an audacious bid days before the end of the English summer transfer window.

Upemecano is only 20 years old and featured in 22 matches for Leipzig last season and played every game of France’s Under-21 European Championship run to the semi-finals where they were defeated by eventual winners Spain – Arsenal’s summer loan signing Dani Ceballos a part of that squad.

One supporter begged the club to offer €60m plus Emile Smith-Rowe on loan, who the club had on loan last season whilst another fan suggested that maybe Shkodran Mustafi should be part of any deal in a move that would send him back to his home country.

Others labelled the potential move a ‘masterclass’ by Head of Football Raul Sanllehi following his exploits this summer in already securing Ceballos, Dani Saliba and Nicolas Pepe. One Gooner wants the club to offer absolutely anything to secure the 20-year-old whilst another said it ‘would be a dream signing.’

Imagine if we pull this off Raul masterclass.

30m and Mustafa, deal of the century.

OFFER THEM WHOEVER THEY WANT FOR THIS GENERATIONAL CB!!!! Him & Saliba for us the next 15 years are you mad. https://t.co/uilfTEImzT