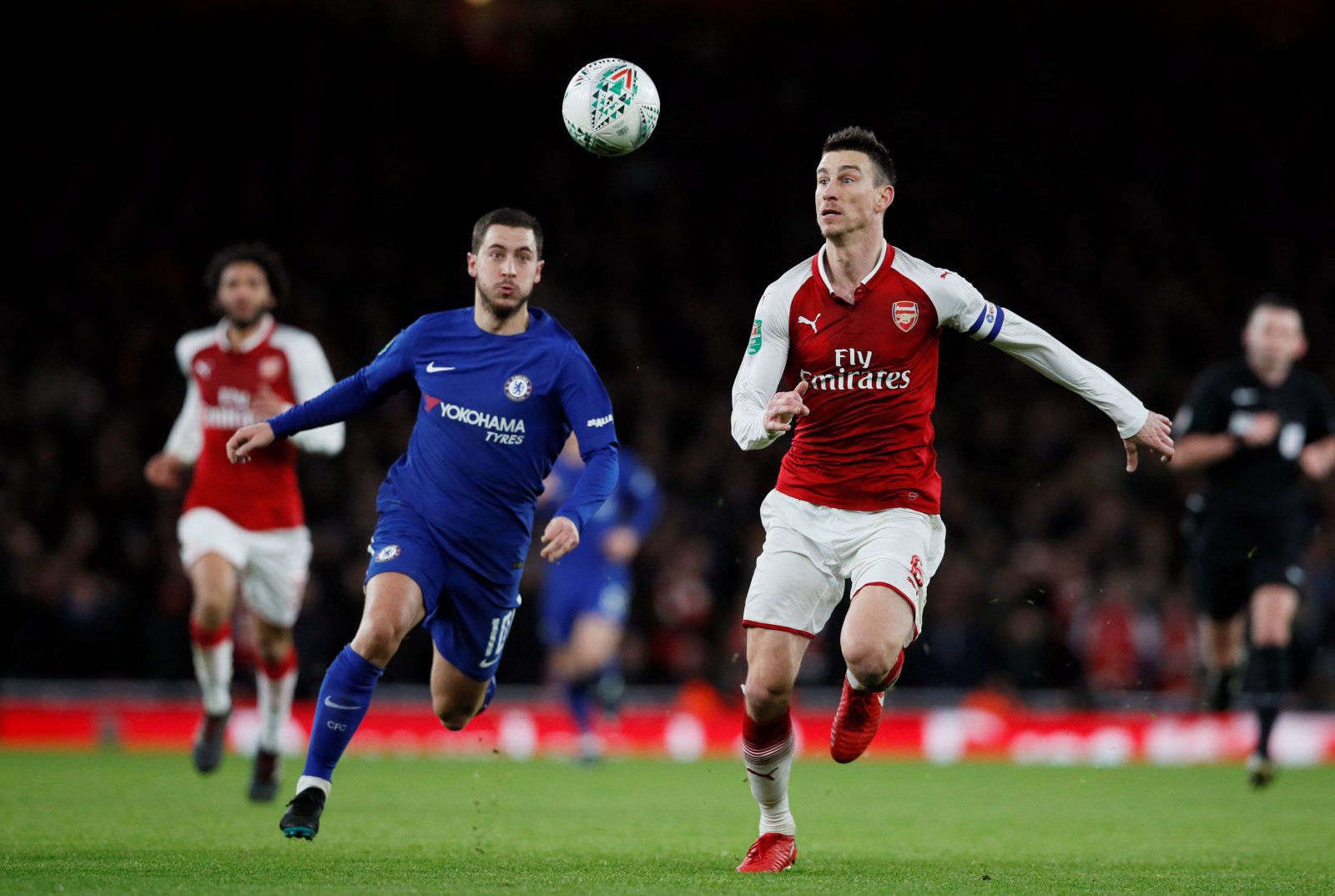 Arsenal’s summer saga involving club captain Laurent Koscielny has finally come to a head with the Frenchman getting his wish at long last.

The club have announced that the veteran centre-back will join Ligue 1 side Bordeaux after nine seasons in North London.

Koscielny joined the club in the summer of 2010 from Lorient and was instantly given the number six shirt. He went on to make 353 appearances for Arsenal and was given the honour of being their first-team captain last season.

Earlier in the summer, the 33-year-old became embroiled in controversy after suddenly refusing to travel on the club’s pre-season tour of the United States and earlier this week he rejected to even speak to manager Unai Emery, who wanted to make peace talks before a potential return to the first-team fold.

Arsenal fans have taken to Twitter to send their thoughts to the departing player, who was their longest-serving player before the announcement.

A couple of fans put the saga behind them, wishing him all the best by calling him one of the best in the Premier League era and that he will always be a legend.

Whilst others were still fuming from his behaviour claiming it was ‘good riddance’ to see him exit as well as calling him unprofessional.

One of the best in the Emirates era, rejected top European clubs when we needed him most, all the best Kos ????

Thanks for the memories. Disappointed you left the way you did.

Good riddance thats not how a captain acts hes a fraud. Lets move on

Don’t hate him for wanting to quit. He gave everything his body and mind could for our club, till he broke. Remember the good times, he was solid for us for years and years, at times the only one bailing us out.
Au revoir, @6_LKOSCIELNY.

Such a shame to see the way you went out. Could’ve been a classy farewell, now it’s just good riddance

He will always be my legend. Stayed with us when he should’ve joined Barca and Real Madrid to win trophies. Best defender of the Emirates era and best captain of Emirates era.

Everything he did for the club went down the drain when he spat his dummy out unprofessional…. make @SokratisPapa5 Capt now please pic.twitter.com/ooODYq4oOE

Thank you for everything Kosc. Got us UCL singlehandedly and let us sign players like Ozil and Alexis. Shouldn’t be playing for us regularly anymore given his Achilles but we don’t buy CBs ???? Top CB in his prime. Ain’t no one gonna tarnish those 5-6 years at your peak.

Although Prone to error & injury & questionable leadership (Never captain material).Move is good for both player & club,with the players legacy tarnished. We move on.

Never like him since the Bayern Munich game where he went off with what looked like a slight knock, men like Adams and vieira and John Terry would of fought till the bitter end! Good riddance to him