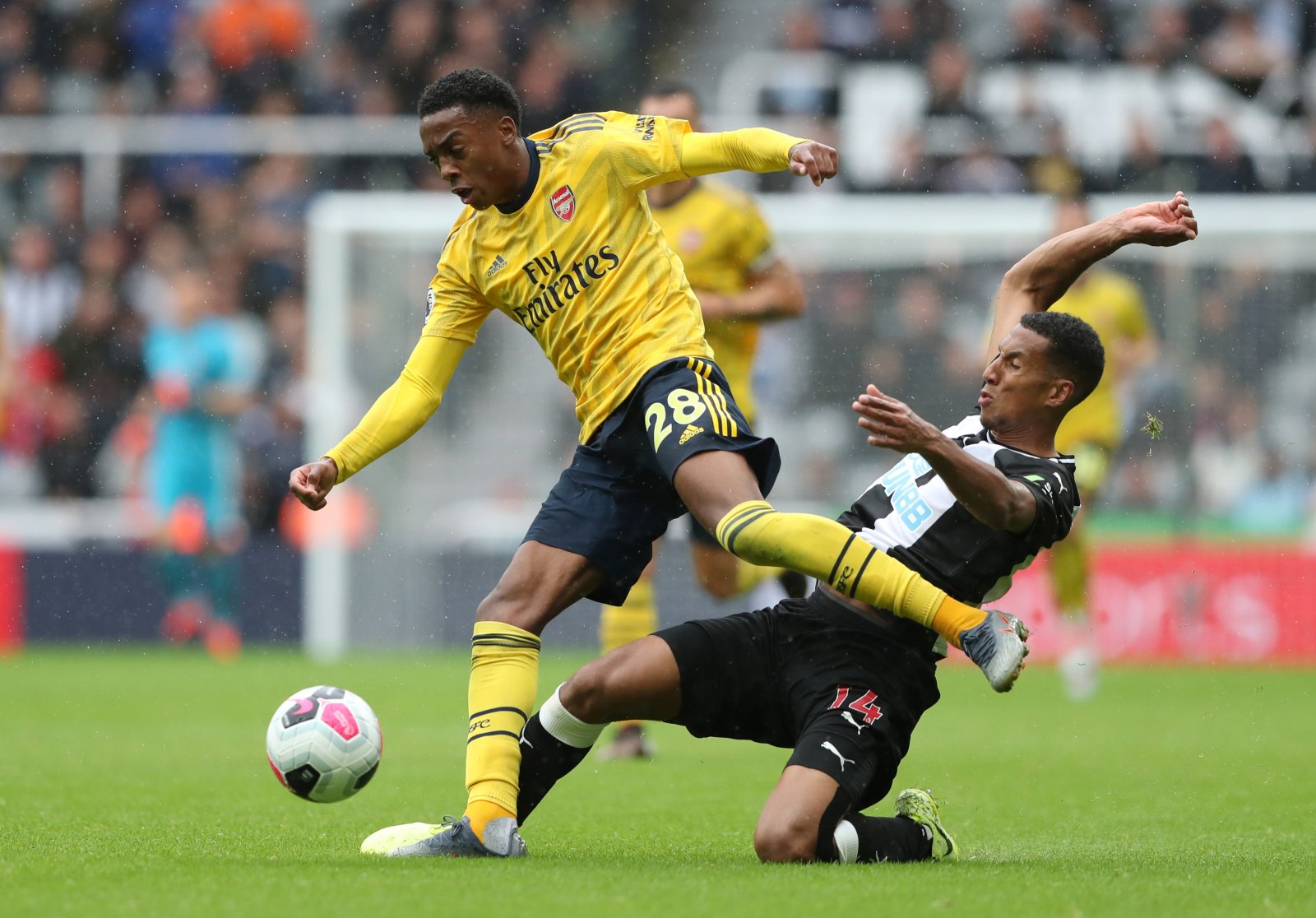 The 30-year-old was found with a sublime cross from makeshift right-back Ainsley Maitland-Niles just before the hour mark with that being the game’s only goal as Arsenal were 1-0 victors.

Most notably, manager Unai Emery left a number of his stars on the bench including a trio of summer arrivals in £72m record-breaker Nicolas Pepe, loan midfielder Dani Ceballos and deadline day arrival David Luiz.

A number of Arsenal’s promising youth prospects were granted a start including Reiss Nelson and Joe Willock who was making just the fifth Premier League appearance of his career.

It was the performance of the 19-year-old, as it has often been this summer, that drew the most reaction from supporters at the Emirates Stadium with many praising the impact he had on the game.

One supporter claimed the starlet was already better than Manchester United’s Paul Pogba whilst others brandished him the ‘future captain’ of Arsenal as well as a ‘future legend.’

‘Warrior’ and ‘fighter’ were also used to describe Willock with one fan wanting more senior players to take note which was echoed by another Gooner who said he was glad the ‘normal’ Arsenal was coming back in the sense that a player was facing fire with fire.

Future captain. One of our own.

Future legend. What a player he is

Joe Willock is a warrior. We need more warrior in the Arsenal team. Skill alone will not be enough. We want fighting spirit

If only some older players would learn from this

That used to be normal ie an Arsenal player facing fire with fire. Glad it’s coming back.