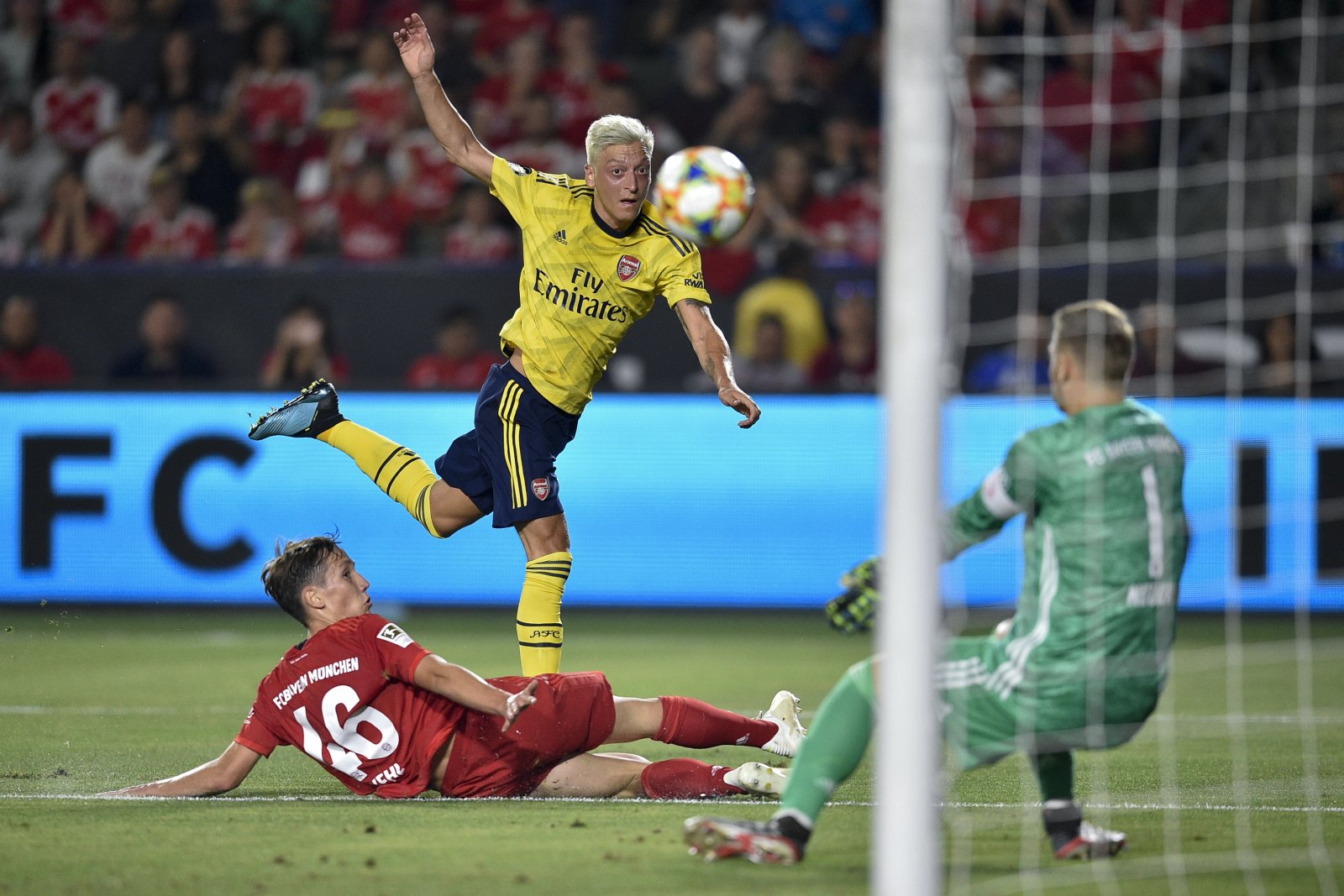 Arsenal and Mesut Ozil. A turbulent pair. There have been world class performances. There have been boos too. One day a captain. Another day he’s disrespecting the boss. The history between the two has bounced like a see-saw for years. Sooner or later, there must be a balancing act – it could well be this upcoming season.

Ozil has looked refreshed, donning his new bleach blonde trim, during the club’s pre-season tour in the United States. He has looked like the player of old – the player that cost them £42.5m which was then a club-record fee by a considerable margin. Gunners boss Unai Emery has played him primarily in his familiar number ten role in what looks to be a 4-2-3-1 system. A formation that once brought the best out of the playmaker. In the 2016/17 campaign, Ozil scored 12 goals and laid on 14 assists across all competitions, including the Premier League and Champions League. By comparison, last season the 30-year-old only managed six goals and three assists in 35 appearances. The difference has been down to the kind of system Emery was utilising – often a 4-3-3 of sorts with three deeper central midfielders sitting behind a striker and two wingers.

The former German international is an out-and-out attacking midfielder. He’s not really that good sitting deeper when forced to do the defensive dirty work as well. That’s not his game. Simply trying to force him back in midfield in that system, or sticking him out wide (which Arsene Wenger was guilty of too) just doesn’t work though it is something they have to get right as no club wants to sign the £350k-per-week flop. It’s a case of playing their most-paid player or let him rot on the bench – opening him to further criticism from sections of the Emirates support, not that it would be any fault of his.

A look to a new system this off-season has paid off with the club going unbeaten in four 90-minute matches – scalping the likes of Bayern Munich and Fiorentina whilst also taking Real Madrid to penalties, a game they probably should have won. The cusp of it all, however, whittles down to whether or not Arsenal can fund a new signing in a winger. Whoever that may be, take any – Wilfried Zaha, Nicolas Pepe, Everton Soares… whoever. It’s vital they sign one to bring the best out of Ozil again. Bringing in a new wide man means they are likely to feature amongst the starting line-up and it could mean that a 4-2-3-1 would certainly be more favoured with Ozil between Alex Iwobi and another winger. A potential downside to that would be which striker is preferred to lead the line – Alexandre Lacazette or Golden Boot winning Pierre-Emerick Aubameyang? The thing is, the unselfishness of the Frenchman makes him such a key cog in Arsenal’s attack whilst you simply cannot deny the goalscoring exploits of Aubameyang. That would be a tough, tough decision to make.

But maybe it doesn’t have to be made… both players, the Gabon ace in particular, can play wide. This pre-season has seen Aubameyang actually play on the right. In part, this could be down to the clear void that the Gunners possess out there but it also gives Emery a taste of how the 30-year-old performs as a winger on a more regular basis. Arsenal may not even need to try and sign someone if you consider the impressive showings from their youth crop during the US tour. Reiss Nelson has gained some top-flight experience under his belt by playing Bundesliga football with Hoffenheim last season. That’s not to say he’s 100 per cent going to succeed in the Premier League but hey, he’s surely worth a shot. Solving the conundrum out wide will bring Ozil and the red of North London back to life this season.